Trump has ‘the maturity of an eight-year boy’, says Kerry 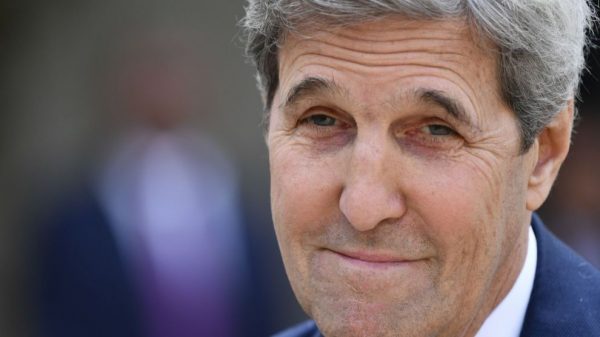 John Kerry, the former US secretary of state, blasts president Donald Trump. Mr Trump had “the maturity of an eight-year-old boy with the insecurity of a teenage girl. That’s just who he is”
Share:

John Kerry, the former US secretary of state, has torn into Donald Trump in response to the president accusing him of holding “illegal” meetings with Iran.

The former Massachusetts senator used decidedly undiplomatic language, saying Mr Trump had “the maturity of an eight-year-old boy with the insecurity of a teenage girl. That’s just who he is”.

He added: “We have a president where the truth, the whole truth and nothing but the truth are three different things.”

The attack came after Mr Trump tweeted that talks Mr Kerry held with Iran officials after leaving office were “to the detriment of the American people”.

The president said: “He told them to wait out the Trump Administration! Was he registered under the Foreign Agents Registration Act? BAD!”

But, responding on the chat show Real Time with Bill Maher, Democrat Mr Kerry said: “He’s the first President who spends more time reading his Twitter likes than his briefing books or the constitution of the United States

Matt Summers, a spokesman for Mr Kerry, later defended the Iran meetings – which he revealed in a recent interview – more fully.

He said: “Secretary Kerry stays in touch with his former counterparts around the world just like every previous secretary of state, and in a long phone conversation with Secretary Pompeo earlier this year, he went into great detail about what he had learned about the Iranian’s view. No secrets were kept from this administration.”

He added: “Like America’s closest allies, Mr Kerry believes it is important that the commitments Iran made under the nuclear agreement, which took the world years to negotiate, remain effective.

“He was advocating for what was wholly consistent with US policy at the time.