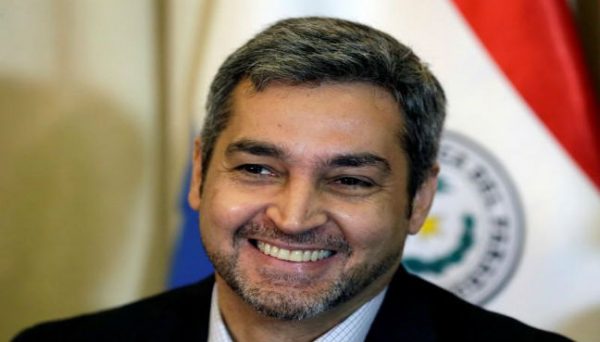 Israeli Prime Minister Benjamin Netanyahu ordered the closure of Israel’s embassy in Paraguay on Wednesday, hours after the Latin American nation announced it would move its embassy back to Tel Aviv from Jerusalem.

Israel’s immediate reaction highlights its sensitivity over the status of Jerusalem, which it regards as its capital. Most countries do not recognize Israeli sovereignty over the entire city and say its final status should be set in peace negotiations.

The decision by Paraguay’s new president, Mario Abdo, to move the embassy from Jerusalem back to Tel Aviv reversed the initiative of his predecessor Horacio Cartes, less than four months ago.

“Minister Maliki exerted a big effort during his meeting with the new president who instructed his foreign minister to arrange the issue,” the Palestinian foreign ministry said in a statement.

Explaining the new Paraguayan move, the country’s foreign minister, Luis Alberto Castiglioni, said: “Paraguay wants to contribute to an intensification of regional diplomatic efforts to achieve a broad, fair and lasting peace in the Middle East.”

Israel acted swiftly after the news broke and a statement in English from the Prime Minister’s office said: “Israel views with utmost gravity the extraordinary decision by Paraguay which will cloud bilateral relations.”

The status of Jerusalem is one of the thorniest obstacles to forging a peace deal between Israel and the Palestinians.

Israel regards all of the city, including the eastern sector that it annexed after the 1967 war, as its capital.

But the Palestinians, with broad international backing, want East Jerusalem for the capital of a future state they hope to establish in the occupied West Bank and Gaza Strip. Negotiations between the two sides broke down in 2014.

In December, U.S. President Donald Trump recognized Jerusalem as Israel’s capital, reversing decades of U.S. policy and upsetting the Arab world and Western allies. It opened a new embassy in the city on May 14. Two days later, Guatemala opened its embassy in Jerusalem.

The following week, Cartes traveled to Israel to inaugurate the new embassy personally and Paraguay became the third country to set its mission in Jerusalem.

Cartes was replaced by Mario Abdo, also a member of the conservative Colorado party, last month.

Netanyahu, who is also Israel’s foreign minister, has attempted to persuade other countries to follow their lead.

On Wednesday while meeting Bulgarian Prime Minister Boyko Borissov, Netanyahu said: “I appreciate your decision to open an honorary consulate in Jerusalem, and I hope, I hope, I hope it’s the first step toward establishing the Bulgarian embassy in Jerusalem.”