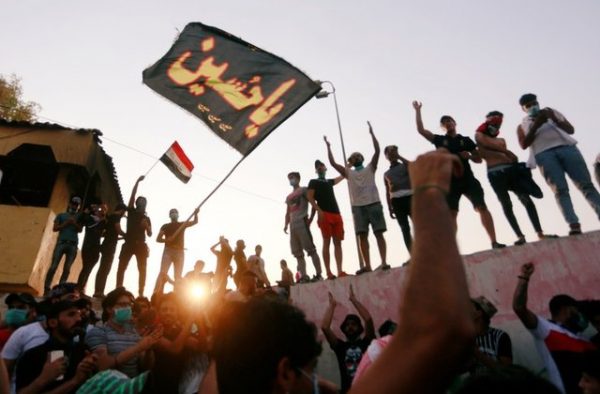 Demonstrators also blocked the road from the oil hub of Basra to Baghdad to express anger over electricity outages, unemployment and entrenched corruption in the long-neglected south, Iraq’s Shi’ite heartland.

Earlier on Wednesday, security forces sprayed tear gas and fired into the air to try to disperse demonstrators.

The deaths of five protesters in clashes with security forces on Tuesday added to the fury.

Security and health sources said that 22 members of the security forces had been injured in Tuesday’s violence, some by a hand grenade.

On Wednesday frustrations were once again focused on the provincial governorate building, where thousands of people gathered, throwing stones and trying to break down concrete barriers.

Basra residents say salt seeping into the water supply has made it undrinkable and sent hundreds to hospital. This is proof, they say, that infrastructure has been allowed to collapse in the part of Iraq that produces most of its oil wealth.

Iraq’s second biggest city, Basra is a stronghold of Moqtada al-Sadr, a Shi’ite cleric and former leader of an anti-American sectarian militia who has recast himself as an anti-corruption campaigner.

Public anger has grown at a time when politicians are struggling to form a new government after an inconclusive parliamentary election in May.

Sadr’s bloc came in first place in the vote, which was tainted by allegations of corruption which forced a recount.