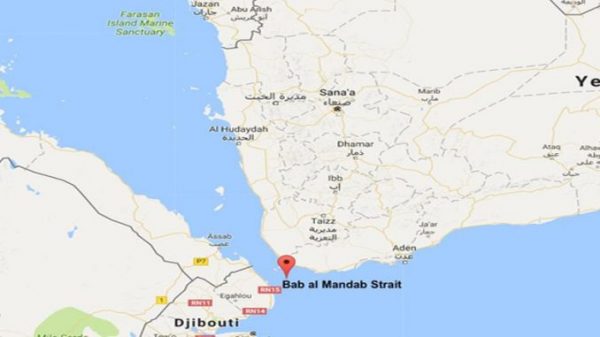 Saudi Arabia said Saturday that it was resuming oil shipments through the Bab al-Mandab Strait, ending a 10-day suspension triggered by rebel attacks off the coast of Yemen.

The decision came after measures by a Saudi-led military coalition to “ensure the security of navigation in this strait and in the Red Sea”, said Saudi Arabia’s Energy Minister Khaled al-Falih, quoted by the official Saudi Press Agency.

Measures had been taken “in coordination with the international community”, Falih added, without providing further details.

Bab al-Mandab is a crucial shipping lane between the Arabian Peninsula and the Horn of Africa, linking the Red Sea to the Gulf of Aden.

Saudi leads a coalition backing Yemen’s government in a war against Huthi rebels.

The pro-Huthi Al-Masirah television said at the time that the rebels had targeted a Saudi warship named Al-Dammam, without providing further details.

The Huthis are backed by Saudi Arabia’s regional rival Iran in Yemen’s conflict and retain control of the strategic Red Sea port of Hodeida.

On Wednesday, Israeli Prime Minister Benjamin Netanyahu warned Iran his country would join military action to stop Tehran if it attempted to block the strait.

“If Iran tries to block the Bab al-Mandab, I am convinced that it will find itself facing a determined international coalition to prevent this. This coalition would also include the state of Israel and all its arms,” Netanyahu said.

About 4.8 million barrels of oil and petroleum products pass through the strait every day, according to US government figures.