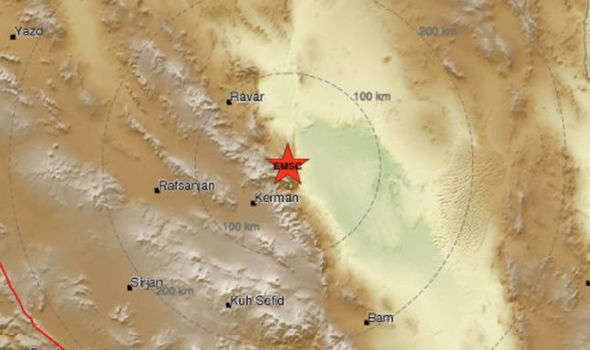 Houshang Bazvand, governor of the affected province of Kermanshah in western Iran, said at least 287 people had been hurt in the 5.9 quake.

Eight of the injured had been hospitalised and the rest were released after treatment, he said.

Eastern Iran was also struck by a separate 5.5 magnitude quake today, with residents of the city of Kerman expressing their shock on earthquake tracking website EMSC-CSEM.

One Kerman resident said: “Wow. It really scares the hell out of us in city of Kerman.”

Another said: “That was long! More than ever I felt in Kerman.”

A third said it was “powerful enough” while a fourth said the building they were in “shook for a while”.

State media said the two earlier earthquakes, with magnitudes of 4.7 and 5.7, had damaged buildings in a few villages without causing casualties.

Morteza Salimi, head of rescue at Iran’s Red Crescent, said damage from the two earlier quakes appeared to be light.

He said: “Reports indicate that some walls have collapsed, but extensive damage has not been reported.”