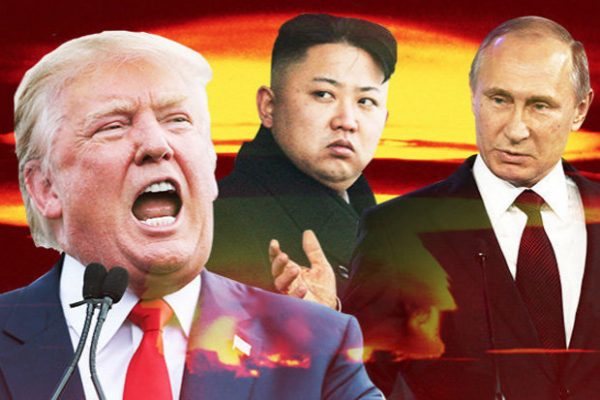 “I’m afraid,” a former State Department told The New Yorker in a story published on Friday. “Our guy here is like an amateur boxer going up against Muhammad Ali.”

Citing interviews with more than a dozen former senior officials who worked for Republican and Democratic presidents, Glasser indicated there is “no historical precedent for Trump’s meeting with Putin.”

This approach to diplomacy with Russia has confounded some foreign-policy experts, as it’s happening despite the US intelligence community’s conclusion that Russia meddled in the 2016 US presidential election, and accusations that Russia carried out a nerve-agent attack in the UK in March.

Trump’s Singapore summit with North Korean leader Kim Jong Un in June was also met with early doubt, given the reclusive nation’s pattern of behavior and Kim’s mercurial nature. But Tom Graham, the National Security Council’s former senior director for Russia, told The New Yorker that the US “had more time for planning,” compared to Trump’s upcoming meeting with Putin.

In preparation for the US-North Korea summit, Secretary of State Mike Pompeo twice flew to North Korea and US intelligence officials met with their North Korean counterparts on several occasions.

Based on media reports, preparations for the US-Russia summit appear to have been limited — aside from a group of Republican lawmakers visiting Russia during the week of Independence Day. National security adviser John Bolton reportedly flew to Moscow once.

That summit has also been overshadowed by the Justice Department’s indictment of 12 Russian intelligence officers in connection with the hacking of several Democratic Party organizations and Hillary Clinton’s presidential campaign in 2016. Russian intelligence officers tried to hack email accounts affiliated with Clinton’s campaign by sending “spearphishing” emails to employees with links that contained malware.

In light of the indictment, both Democratic and Republican lawmakers, including the Arizona Sen. John McCain, called on Trump to cancel the Putin meeting.

“If President Trump is not prepared to hold Putin accountable, the summit in Helsinki should not move forward,” McCain said in a statement on Friday.