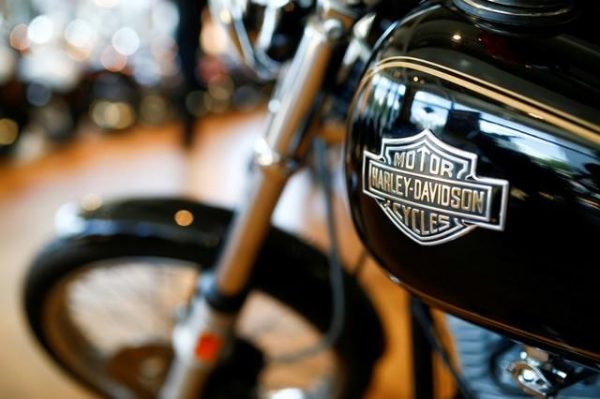 President Donald Trump threatened on Tuesday that Harley-Davidsonwill be “taxed like never before” if the motorcycle maker moves production overseas. He claimed that the iconic U.S. company was using increased trade tensions as an excuse to justify planned changes in manufacturing.

“A Harley-Davidson should never be built in another country-never! Their employees and customers are already very angry at them. If they move, watch, it will be the beginning of the end – they surrendered, they quit! The Aura will be gone and they will be taxed like never before!” Trump said in a tweet.

“Early this year Harley-Davidson said they would move much of their plant operations in Kansas City to Thailand,” Trump said in another tweet. “That was long before Tariffs were announced. Hence, they were just using Tariffs/Trade War as an excuse.”

Harley did not immediately respond to a CNBC request for comment.

Harley said Monday it was moving some production overseas due to increased costs from the EU’s retaliatory tariffs against the Trump administration’s duties on steel and aluminum. No production will be moving to Europe as a result of the tariffs, according to the company. Harley’s overseas manufacturing plants are in Brazil, India, Australia and Thailand.

The company announced in May 2017 it would build a plant in Thailand to better reach the southeast Asian market. CEO Matt Levatich told Bloomberg News in April he made the decision after President Donald Trump withdrew the U.S. from the Trans-Pacific Partnership, a free-trade agreement with 11 other nations mostly in Asia.

Producing in Thailand lets Harley avoid the country’s tariff of up to 60 percent on imported motorcycles, and helps the company get tax breaks when exporting to nearby countries, according to Reuters. The company said in January it plans to grow international business to 50 percent of annual volume by 2027.

Meanwhile, Harley is in the process of shutting down a Kansas City factory and transferring operations to York, Pennsylvania. The local union claims at least some of the work is moving to Thailand, while the motorcycle company has denied any link, according to media reports.

Harley’s stock is down more than 25 percent over the last 12 months. Last year, the company reported an annual decline in new motorcycle sales in both U.S. and international markets, down 8.5 percent and 3.9 percent, respectively.

Stifel analysts on Monday lowered their earnings estimates for this year and next by 19 cents and 45 cents per share, respectively, based on the impact from EU tariffs. They maintained a hold recommendation and a price target of $45 a share, about 8 percent above Monday’s close.

Trump said in a tweet Monday he was “surprised” by Harley’s decision to move some production overseas. He publicly thanked Wisconsin-based Harley-Davidson early last year for “building things in America” and criticized other companies for moving production outside the U.S.

Trade tensions between the U.S. and the rest of the world have increased in the last several months. Harley’s announcement made the company one of the first to disclose a negative impact from tit-for-tat tariffs.

“Harley must know that they won’t be able to sell back into U.S. without paying a big tax!” Trump said in another tweet Tuesday.