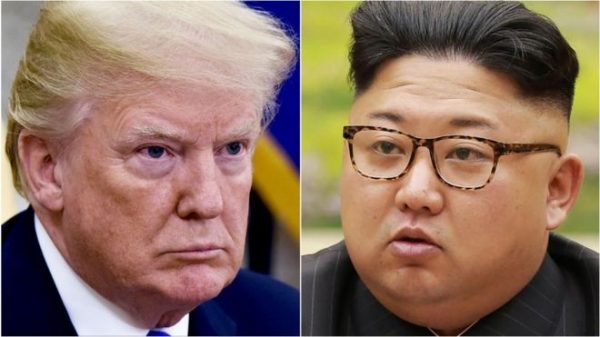 During an unprecedented meeting Tuesday, President Trump and North Korean dictator Kim Jong Un signed an agreement that includes, in part, the establishment of “new U.S.–DPRK relations in accordance with the desire of the peoples of the two countries for peace and prosperity.” Some have called the agreement too vague; others say it’s a first step.

Expectations were high for the Singapore summit between President Trump and North Korean leader Kim Jong Un. Unfortunately, while Tuesday’s meeting was always supposed to be a first step in the negotiating process, it was a minuscule one at best.

Most disappointing, North Korea set the terms of negotiations, with both parties agreeing to complete denuclearization (a reaffirmation of the Panmunjom Declarationforged at the inter-Korean summit earlier this year where North and South Korea agreed to denuclearization of the entire Korean Peninsula) rather than America’s high bar of complete, verifiable, irreversible dismantlement (CVID) of North Korea’s nuclear program.

In this case, words matter because the two countries have a fundamentally different understanding of denuclearization. This was very surprising, considering that the Trump administration made CVID a top goal of negotiations, and Secretary of State Mike Pompeo’s comments before the summit indicated that negotiations were focused on putting in place a strong verification process.

If verification were truly the top priority, we should have expected the declaration to include intent to permit inspections and institute oversight mechanisms to ensure progress on denuclearization. No practical steps were outlined in the joint communiqué.

Equally disheartening was the failure to take steps to address North Korea’s egregious human rights track record. The summit was a potentially historic opportunity for the president to not just raise human rights during the dialogue, but also to lay out steps Pyongyang’s leadership could take to bring North Korea into the 21st century and discontinue its violations of human rights.

In a paper I wrote for The Heritage Foundation ahead of the summit, I called on the Trump administration to place closure of the political prison camps that imprison 80,000 to 120,000 people on the agenda for the summit. That obviously did not take place. I was encouraged to hear, however, that the president raised human rights concerns, especially highlighting religious freedom violations in the country.

While the summit did not deliver as much as was hyped, there is some promise for future dialogue. If the two countries are sincere in seeking an authentic reset in their relationship, the United States should take a more holistic and comprehensive approach to its North Korea policy — one where both national security and human rights challenges can be addressed in tandem, and where practical steps are put in place to verify that progress is being made in both spheres of concern.

Olivia Enos is a policy analyst specializing in human rights and transnational criminal issues in The Heritage Foundation’s Asian Studies Center. Follow her on Twitter: @OliviaEnos

What others are saying

Rick Noack,  The Washington Post: “During their historic summit on Tuesday, North Korean leader Kim Jong Un told President Trump, ‘Many people in the world will think of this … from a science fiction movie.’ … As in many Trump and Kim movies, a little less may have been more. It’s scenes like Kim trying to take a glimpse at the inside of Trump’s Cadillac that unnecessarily blur the lines between thriller and dark comedy. … The movie plot may strike some viewers as unlikely, especially with its exaggerated happy ending that has Trump and Kim shaking hands ahead of a private stroll through Singapore gardens, while Rodman weeps with joy on U.S. television. … So Trump and Kim commit to decrease tensions, but ultimately the ending is left somewhat open, offering plenty of room for that Hollywood staple, the blockbuster sequel.”

Jonah Goldberg,  National Review: “There’s every reason in the world to be deeply skeptical that Kim will make good on his commitments to ‘denuclearize.’ Why? Because: North Korea has promised to do exactly that — with far more specificity — in the past. The actual paper agreement that Trump and Kim signed is not just worthless on its own, it’s less than worthless given that it literally recycles past worthless promises as if they are new ones. … Moreover, there’s good reason to believe that if Kim were sincere about getting rid of his nukes, his own regime would kill him. The nuclear program is a unifying tool of state propaganda, celebrated and mythologized in grade schools and everywhere else in Korean society. Expecting them to get rid of them is like expecting the Hell’s Angels to forswear motorcycles in favor of minivans.”

Robin Wright, The New Yorker: “In Washington, there is broad support for Trump’s diplomacy, especially after a year of threatening rhetoric that seemed to move the U.S. and North Korea ominously close to war. … Yet former U.S. negotiators with North Korea and senior military experts who worked on the issue were distinctly unimpressed — even baffled — by the lack of substance at the summit, the first meeting between the leaders of the United States and North Korea. … Trump, who claimed that he had not slept for 25 hours, basked in the attention of the choreographed summit. But he will face tough questions about how to translate a modest statement into the most robust program anywhere in the world to limit nuclear proliferation as the initiative — to be led by Secretary of State Mike Pompeo — moves forward.”

The Democrats are already “blasting” Trump over this deal. The Republicans “blasted” Obama over the Iranian deal. The truth is, neither party cares what the details are. They only want us to vote for them so they can continue to get rich(er). If you think either party is looking out for you, you are on someone’s payroll.