Hariri meets Putin, asks for his help in returning refugees to Syria 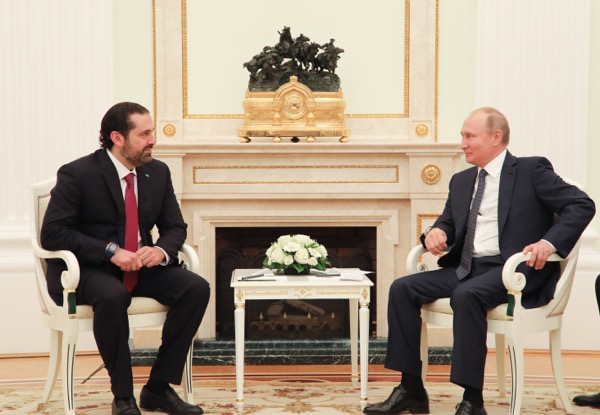 “The one-hour meeting tackled the various developments in Lebanon and the region and the ties between the two countries,” Hariri’s office said.

Putin, for his part, said: “We must continue to enhance commercial exchange between the two countries, especially that there is an inadequacy in this regard, so we must exert efforts to strengthen exchange.”

“We must also intensify the works of the joint governmental committee, and in the framework of this committee, there are Russian firms that are working actively and there are intensified efforts in other fields,” Putin added.

Hariri acknowledged that the Lebanese-Russian economic ties are below the required level while citing “some progress.”

“We will achieve a bigger progress, especially with the new government,” he added.

Speaking to reporters after the meeting, the PM-designate said he and the Russian leader extensively discussed the issue of Syrian refugees, their return to Syria and whether Russia can help in this regard.

Hariri’s meeting with Putin comes on the eve of the FIFA World Cup that Russia is hosting. 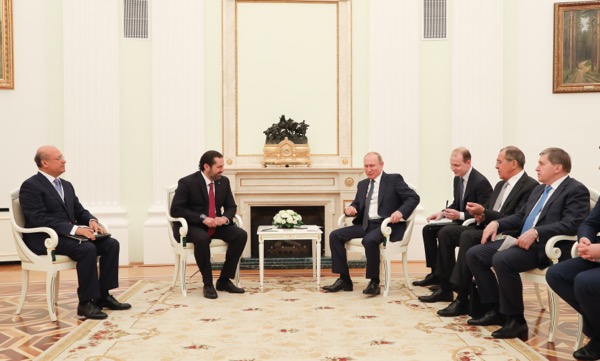 Riyadh has been a key ally of Hariri for years, but the relationship appeared to falter in late 2017 when Hariri announced his surprise resignation during a trip to the kingdom.

He subsequently rescinded the decision and in May was appointed for a new term as prime minister following parliamentary elections.

He is now in talks to form a coalition government.

Hariri, 48, had met Putin in the Russian Black Sea resort of Sochi in September 2017.