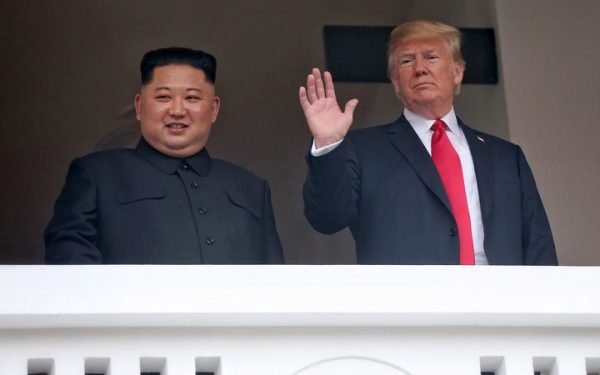 US President Donald Trump and North Korean leader Kim Jong-un have agreed to work toward complete denuclearization of the Korean peninsula, while Washington committed to provide security guarantees for its old enemy.

But a joint statement signed at the end of their historic summit in Singapore gave few details on exactly how either goal would be achieved.

“President Trump committed to provide security guarantees to the DPRK (Democratic People’s Republic of Korea) and Kim Jong-un reaffirmed his firm and unwavering commitment to complete denuclearization of the Korean Peninsula,” the statement said.

But political analysts said the summit had yielded only symbolic results and nothing really new or tangible.

Victoria University strategic studies professor Robert Ayson said he saw the meeting as more of a PR opportunity for Kim Jong-un “just by getting a handshake with the president, that’s a major victory for Kim”, he said.

Nor was there any reference to finally signing a peace treaty.

The US and North Korea are technically still at war. The Korean War raged across the peninsula in the early 1950s and killed millions, ending in a truce.

But the joint statement signed in Singapore did move towards a solution to the long-running and vexed issue of recovering the remains of prisoners of war, and repatriating them.

China, the third party involved in the Korean War, said it hoped North Korea and the United States could reach a basic consensus on denuclearization.

“At the same time, there needs to be a peace mechanism for the peninsula to resolve North Korea’s reasonable security concerns,” China’s top diplomat, State Councillor Wang Yi, told reporters in Beijing.

The joint statement, while very similar to many signed over past decades, could fundamentally change the security landscape of Northeast Asia, just as former US President Richard Nixon’s visit to Beijing in 1972 led to the transformation of China.

But it’s too early to call it a turning point.

For both leaders, the day has been marked down as an unmitigated success. Mr Kim gets a PR triumph, while committing his country to little, and certainly no commitment that cannot be wriggled out of.

For Mr Trump, his apparent new bromance with a ruthless dictator could be his own Neville Chamberlain moment, albeit with a document that does not appear to break any new ground.

The fact the meeting occurred, and both men left on good terms, is surely the best result from a political quagmire that only a few months ago was peppered with personal insults and military threats.
RNZ