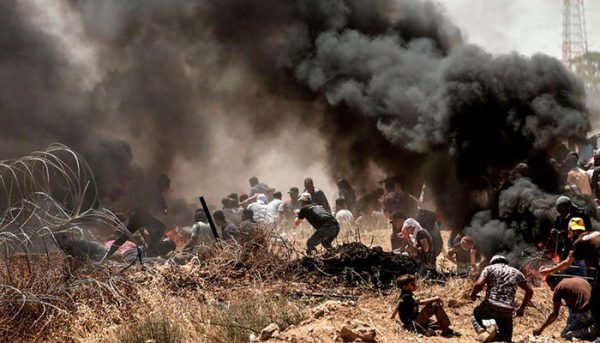 Israel’s military confirmed that it targeted an observation post, calling the attack retaliation for a bomb that had been placed next to the border fence overnight. The bomb was detonated by army engineers, causing no casualties, the military said on Twitter.

Hostilities over the Gaza frontier have soared since Palestinians began mass-demonstrations on March 30, which Israel deems cover for attempts to breach the border fence.

At least 115 Palestinians have been killed and thousands hurt by army gunfire in the protests, drawing foreign censure.

There have been no Israeli casualties along the Gaza frontier, but Israel has reported extensive damage to farmland on its side of the border from firebomb-bearing kites flown over by Palestinians.

Gaza is under the control of Hamas, an Islamist movement hostile to Israel. Islamic Jihad operates with a measure of independence from Hamas.

In Israel, the military announced the death on Saturday of a soldier who was injured during a raid in the occupied West Bank on Thursday when Palestinians dropped a stone slab on his head from a building. Hundreds attended his funeral in Jerusalem on Sunday.