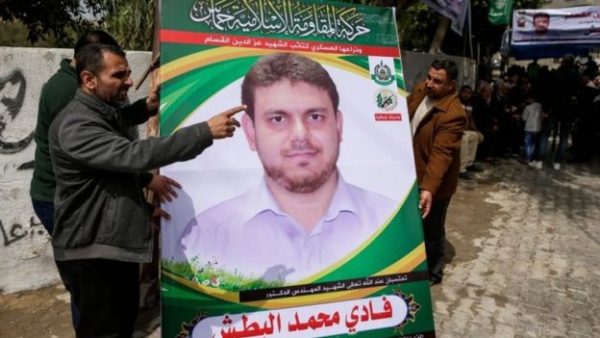 Israel’s defence minister has dismissed suggestions that spy agency Mossad had assassinated a Palestinian lecturer who was shot dead in Malaysia on Saturday.

Avigdor Lieberman said it was likely that Fadi al-Batsh, 35, was killed as part of an internal Palestinian dispute.

Two men on a motorbike fired 10 shots, killing the Hamas member on a street in the capital, Kuala Lumpur.

His family has accused Mossad of being behind the killing.

Mr Lieberman told Israeli radio that the scientist was a rocket expert and “no saint”.

Asked when he had heard about the killing, he said: “We heard about it in the news. There’s a tradition at this point among terrorist organisations of blaming Israel for every settling of accounts.

“A settling of scores among terrorist organisations, among terrorists, among various factions, is something that we see from time to time. I assume that’s also what occurred in this case.”

Hamas has accused Israel of conducting assassinations of its experts abroad in the past, although Mossad has never confirmed such operations.

A recent case involved the killing of a Tunisian national who was believed to be a Hamas drone expert in 2016.

On Sunday, the inspector general of the Malaysian police, Mohamad Fuzi Harun, gave an update on the investigation.

“A comprehensive investigation is ongoing at the moment. Was he killed by a live bullet? My answer is yes. The post-mortem is ongoing now; we will give details later.”

It was not clear what the possible motive was, and so far no arrests has been made, he added.

“One hundred percent, it is an assassination: Fadi had no enemies and is loved by the Palestinian, Arab and Malaysian communities and has pictures with the Malaysian prime minister.

Mr Batsh, who had lived in Malaysia for about 10 years, was a lecturer in electrical engineering.

Hamas said one of its members had been “assassinated”, describing him as a “martyr” – a term it usually uses for people killed by Israeli forces. However, it stopped short of directly accusing Israel of the killing.

In 1997, Mossad agents conducted a failed bid to kill Hamas leader Khaled Meshaal in Jordan by spraying poison into his ear.

The spy agency is also believed to have been behind the 2010 murder of top Hamas militant Mahmud al-Mabhuh, who died in a Dubai hotel.

Israel has never confirmed or denied involvement in his killing