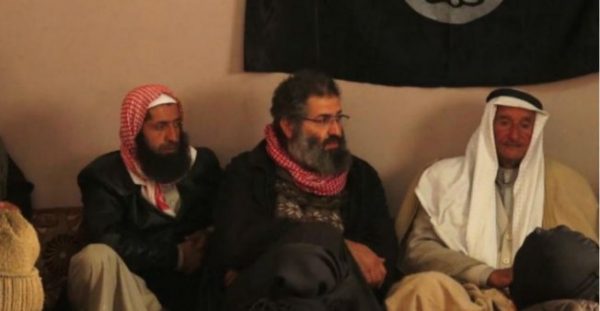 A Syrian-born German national accused of helping to plan the September 11, 2001 attacks has been detained by Kurdish forces in Syria, a senior Kurdish commander told AFP Wednesday.

“Mohammed Haydar Zammar has been arrested by Kurdish security forces in northern Syria and is now being interrogated,” the top official said, without providing further details.

Zammar, who is in his mid-fifties, has been accused of recruiting some of the September 11 hijackers.

He was detained in Morocco in December 2001 in an operation involving CIA agents, and was handed over to the Syrian authorities two weeks later.

A Syrian court sentenced Zammar to 12 years in prison in 2007 for belonging to the Muslim Brotherhood, a charge that at the time could have resulted in the death penalty.

But conflict broke out in Syria four years later, and many hardline Islamist prisoners were released from jail or broke free and went on to join jihadist groups fighting in the war.

Al-Qaeda operated a branch in Syria known as Al-Nusra Front, but the affiliate has since claimed to have broken off ties.

1. YPG has captured German Jihadi veteran Mohammed Haydar Zammar, arguably the highest profile German within ISIS. An Afghan Jihad veteran who knew OBL, he was close to Mohammed Atta and other 9/11 terrorists and a mentor for the Hamburg cell. https://t.co/Jtc74wtDpV

The Islamic State jihadist group also rose to power in the country’s north and east, but a US-backed alliance has ousted it from swathes of its onetime “caliphate.”

The Syrian Democratic Forces, a coalition of Arab and Kurdish fighters, has caught several foreign members of IS in Syria in recent months, particularly since the SDF captured the northern city of Raqa from the jihadists.

The Kurdish commander who spoke to AFP on Wednesday declined to say whether Zammar had been actively fighting as a member of an extremist group in Syria.

The Pentagon said it had nothing to confirm on Zammar’s capture but was looking into it.