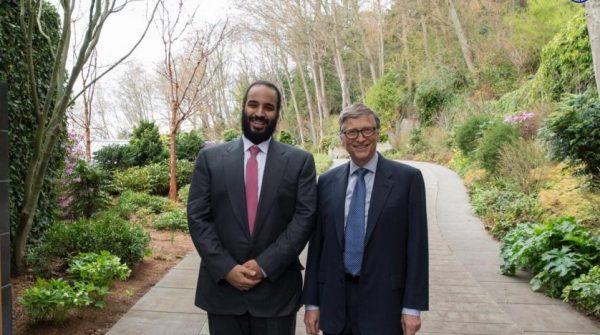 Saudi Arabia’s Crown Prince Mohammed bin Salman said Bashar Assad’s interest lies in not permitting Iranians to do whatever they wish to do.

Prince Mohammed said in an interview with US “Time” magazine: “We believe that US forces must stay in Syria for the medium term at least.”

The crown prince explained that “US presence in Syria is the only way to limit Iranian influence in the region.”

The Saudi crown prince said that having US troops in Syria would allow Washington to have a say in the future of the war-torn country.

In the interview, the prince warned that Iran and its militia in the region are working to open an Iranian land route that links Tehran to the Mediterranean through Iraq, Syria and Lebanon.