Germany rejects US pressure over its bid for U.N. seat against Israel 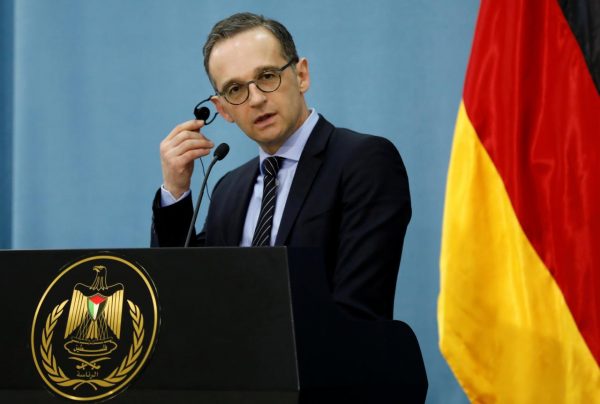 German Foreign Minister Heiko Maas rejected on Wednesday criticism of Berlin’s decision to compete against Israel for a seat on the U.N. Security Council in 2019 and 2020, saying it was normal for a number of countries to seek representation.

Maas told reporters before his first United Nations visit as foreign minister that Germany’s candidacy had been announced long ago, and did not diminish its strong support for Israel.

“We are not running against anyone; we are running for a seat,” he said, following the criticism from Washington’s nominee as U.S. ambassador to Berlin and others. “That is a topic that one can deal with very normally.”

Richard Grenell, whose nomination is held up in the Senate, said earlier this month that the United States had brokered a deal in the 1990s with countries in the U.N.’s Western European and Others Group to allow Israel to run uncontested for a seat.

German diplomats deny any such agreement was made. The Israeli mission to the U.N. declined to comment on Grenell’s tweet.

Conservative and pro-Israeli groups in the United States have also criticized Germany’s decision to run for the seat at the same time as Israel.

Maas said Germany was well-placed to serve on the Council since it was the second largest provider of both funds and troops for the U.N. and played a big role in humanitarian and stabilization missions, as well as on climate change.

Security Council candidates must win more than two-thirds of the overall vote by the 193-member General Assembly to be elected. The election for the term beginning on Jan. 1, 2019 is due to be held in June.

The Council, on which the five permanent members – the United States, Britain, France, China and Russia – hold veto powers, is the only U.N. body that can make legally binding decisions, as well as imposing sanctions and authorizing the use of force.

To ensure geographical representation on the Council, there are five seats for African and Asian states; one for Eastern European states; two for the Latin American and Caribbean states and two for Western European and other states.

Regional groups generally agree upon the candidates to put forward and competitive races for seats are increasingly rare.