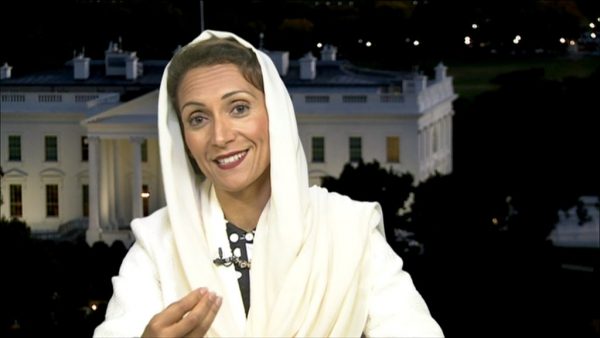 The first spokeswoman for the Royal Embassy of Saudi Arabia says the kingdom’s plan for growing its economy includes more women in the workforce.

“I don’t necessarily focus on the gender,” Baeshen said. “When I got the phone call and met with the ambassador, His Royal Highness Ambassador Prince Khalid bin Salman, he immediately told me you’re not here because you’re a woman.”

She was hired last fall on the same day of the announcement women in Saudi Arabia would be allowed to get driver’s licenses.

Since then, women have been learning to drive as part of Vision 2030, a plan to grow the kingdom’s economy.

“One of the barriers for women entering the work force was transportation,”Baeshen said. “But now that women can obtain drivers licenses, it will also help achieve this aim of achieving women’s participation in the work force.”

Vision 2030 intends to benefit more than just women in the kingdom.

Some largely credit the agenda to 32-year-old Crown Prince Mohammad bin Salman for reading the pulse of his people through social media.

“Nearly 70 percent of the population is under the age of 35,”Baeshen said. “I know that the kingdom is among the highest in Twitter and YouTube platform users, and so what that allows for this kind of public engagement, and it’s a very kind of healthy relationship,” she said.

Some wonder whether that will break down some of the cultural requirements for women.

“The kingdom is not easternizing or westernizing, it’s modernizing, and I think that’s the most important key,” Baeshen said. “Modernizing without compromising our set of values and our cultural integrity.”

In addition to prosperity for the kingdom, Saudi Arabia wants peace for neighboring Yemen, where thousands have died in a three-year civil war.

“The kingdom of Saudi Arabia is on the side of peace and wants to see a long-term peaceful solution to this,” Baeshen said.

The U.S., which has supported the Saudi-led coalition backing the internationally recognized government of Yemen, has urged immediate humanitarian aid, and Saudi Arabia recently promised multiple billions of dollars in aid for Yemen.

“In the immediate, what it does is provide aid, food, medicine, fuel, other aid that’s needed on the ground across all Yemen, across all of the governments, including the Iranian backed Houthi-controlled areas,” Baeshen said.