Here’s why the Iran protests are significant 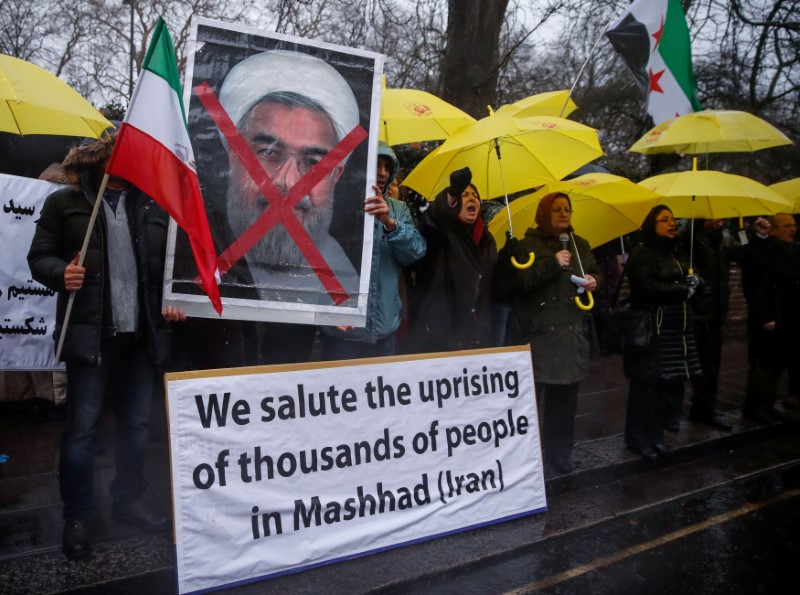 By Phil Gast and Dakin Andone

The largest public display of discontent in Iran since the 2009 Green Movement has brought about a series of tweets from US President Donald Trump, pushback from the Iranian government and a scene that might have been unfathomable a decade ago — protesters challenging the rule of Supreme Leader Ayatollah Khamenei.

CNN spoke with several experts about the ongoing unrest in the Islamic Republic of Iran.

Why is this happening?

The protests, which began Thursday night, are a reaction to the sputtering economy, rampant corruption and rising fuel and food prices.
But there’s something larger at play.
Iranians are angry, experts say, because they expected life to get better when severe sanctions were lifted after a deal was reached in 2015 between the P5+1 and Iran over its nuclear program. The P5+1 is the five permanent members of the UN Security Council and Germany.
While restrictions on financial, energy and transportation sectors were removed, hundreds of Iranian entities were not taken off the blacklists. And the United States has moved to create new sanctions over other violations, including a rocket launch this past summer.
Trita Parsi, president of the National Iranian American Council, and other experts say endemic economic mismanagement and corruption have left Iranians disenchanted.
Government policies have brought about higher unemployment and inflation. And there’s a lack of sturdy international investment, Parsi added.
“The nuclear deal is overwhelmingly supported by the Iranian public, but there was an expectation that much more economic development would come out of it,” Parsi said.

So is this just about bread and gas prices?

No. Years of political, economic and social grievances have driven citizens to the streets in the largest protests since 2009, said Reza Marashi, research director for the National Iranian American Council.
“Economic sanctions have exacerbated all of those Iranian-origin economic problems,” he said.
“I don’t think you can separate the economic from the political,” he told CNN. “The government has an opportunity and a responsibility to address legitimate grievances that are being expressed.”
Alireza Nader, a senior international analyst and Iran researcher at the RAND Corporation in Washington, says people have also lost trust in Iranian President Hassan Rouhani.
“The government is viewed as highly corrupt, increasing inequality is seen by the population as really a form of injustice,” he said, adding “this was supposed to be a system that delivered justice to the people after the revolution of 1979 and it has failed.”
Karim Sadjadpour, a senior fellow at the Carnegie Endowment for International Peace, said there’s also a push among citizens to secure equal rights for women.
Nader argued women in Iran have been fighting for decades for equal rights, but especially in the last few years, that push has become stronger.
“Women in Iran are highly educated. They are involved in the workforce, arguably more so than any other country in the Middle East, and they are continually suppressed. This is part of their fight to gain their freedom and their rights,” he says.
An Iranian vice president said Saturday the government would work harder to resolve economic hardships.

Are these protests similar to those in 2009?

While the new protests are intense, thus far they are nowhere as big as what occurred in 2009’s Green Movement, in which millions took part.
Marashi said this may be more of a civil rights movement than a revolutionary one.
There are other distinctions, said Sadjadpour. While the 2009 protests primarily occurred in Tehran, this week’s came in government strongholds, such as Qom and Mashhad, known as stout religious centers.
And this wave of protests seems to be a direct challenge to the rule of the Supreme Leader.
“This is something that didn’t happen in 2009. This is a huge thing to happen in Iran,” said Nic Robertson, CNN’s international diplomatic editor. “People don’t say that publicly on the streets.”
One resident told CNN of witnessing a protester tearing down a poster of Khamenei near Tehran University.

Are Trump’s tweets helping or hurting?

Many reports of peaceful protests by Iranian citizens fed up with regime’s corruption & its squandering of the nation’s wealth to fund terrorism abroad. Iranian govt should respect their people’s rights, including right to express themselves. The world is watching! #IranProtests

The consensus from experts: US President Donald Trump’s tweets about the situation are not helpful.
Rather, they say, the world should show solidarity with the Iranian people by supporting freedom of expression.
Trump has tweeted “The world is watching!” and that “oppressive regimes cannot endure forever.” The President said the Iranian leadership is squandering wealth in order to fund terrorism elsewhere.
Marashi said the protest movement “is of an Iranian origin and it will be of an Iranian ending.”
Parsi said the protests are not a US issue. “This is not about Trump, and Trump stepping into this is not necessarily helpful, because he doesn’t carry any credibility in Iran.”
Comments against the Iranian regime may not only be unbeneficial — they may bring about a pretext for crackdowns, said Sadjadpour.
Iranian Foreign Ministry spokesman Bahram Qassemi said the Iranian people gave no credence to “opportunistic” remarks by Trump or his administration.

So what should be said or done?

Iranian-American analyst Holly Dagres said the best thing for the rest of the world to do is wait and see what happens next in Iran, where protesters have been heard on videos distributed on social media as chanting “Death to Rouhani,” a reference to President Rouhani
“The fact that we are actually making statements that we think are in favor of the Iranian people, they are hurting them more than anything,” she said.

How is the story getting out?

As was the case in 2009, images and messages from citizen journalists are coming out via social media. The government controls the media and does not allow freedom of speech.
Several Iranians were shot during protests late Saturday, a source told CNN, after Iran’s government warned citizens against holding “illegal” public gatherings.
A July 2009 gathering in New York remembers Neda Agha-Soltan, who died in Tehran protests.
Without press access, the world is seeing what may be a skewed version of what’s happening in Iran. “Independent verification of facts (is) hard to come by,” said CNN’s Robertson.
But images often are powerful.
In 2009, a video showing the last moments of protester Neda Agha-Soltan catapulted her into a symbol of the burgeoning reform movement in Iran. “That had a chilling impact on the protests in Iran and it had a chilling impact around the world,” Robertson said.

The 2009 Green Movement lasted for months; this round of protests is only days old. It’s unclear just how much dissent the government will allow.
Sadjadpour said: “In 1979, Iranians experienced a revolution without democracy; today they aspire for democracy without a revolution.”
He expanded on that, telling CNN that he believes a young Iranian society is seeking a more liberal, progressive nation, but is unlikely to take up arms — even if any were available. They are up against a government they know is willing to use force to keep power, he said.
“Despite the fact that many Iranians would have revolutionary ends, I don’t think they are willing to pursue revolutionary means en masse the same way, for example, Syrians or Egyptians or others have over the last past five years in the Middle East.”
But, Sadjadpour tweeted Friday, even if the protests are squashed — as he expects — that’s not the end.
“The resentment toward the regime will remain and will eventually resurface in the future.”
CNN
Share: