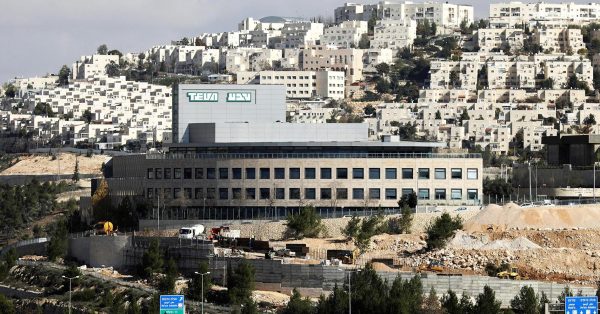 The world’s largest generics drugmaker said last week it aimed to cut debt by reducing its workforce by more than a quarter, or 14,000 jobs, including 1,700 in Israel, where it will close its manufacturing site in Jerusalem.

“Unfortunately, Teva is unable to consent to the request of the prime minister and ministers and avoid the closure of the plant in Jerusalem and the company will continue in the phased closure of the plant by the end of 2019,” Chief Executive Kare Schultz said, following a meeting with Netanyahu and the ministers of finance, economy and labor.

“Without taking drastic steps in the coming weeks and months, the company will be increasingly vulnerable to potential takeover,” Schultz said.

Teva has been weighed down by $35 billion in debt it took on to acquire Allergans Actavis generic drug business for $40.5 billion last year, a move that coincided with tumbling U.S. prices for generic drugs and the start of competition to Teva’s blockbuster multiple sclerosis drug Copaxone.

Netanyahu said in a statement that Schultz had proposed working with the government to train workers and find other employment for most of those at the Jerusalem site. The two sides agreed to establish a joint team for this purpose.

Hundreds of Teva workers protested in front of the prime minister’s office in Jerusalem as the meeting with Schultz took place and workers suspended activity at all Teva sites.

Schultz reiterated his commitment to maintain Teva’s headquarters in Israel.

“I am committed to maintaining a strong presence of R&D, as well as preserving most of our existing manufacturing in Israel in the future,” he said.

At a meeting of parliament’s finance committee on Tuesday, chairman Moshe Gafni said that if Teva were to cooperate, the panel would act to increase the benefits the company receives.