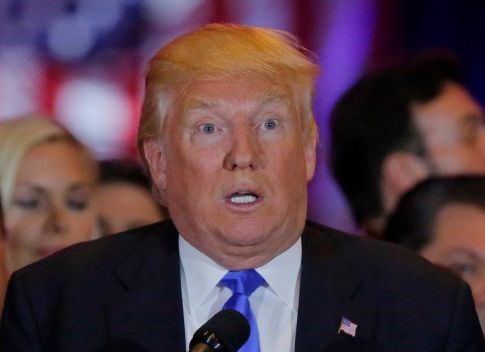 Do you maybe find Middle East politics a bit confusing? Hard to tell all those claims and counterclaims apart, to sort out just who deserves to govern which piece of land?

Well, the Trump administration is here to make matters more bewildering and stressful for everyone.

First, out of the blue, President Donald Trump announced on Dec. 6 that he was formally recognizing Jerusalem as Israel’s capital, tossing aside 70 years of careful American neutrality and infuriating Palestinians, who also want their capital to be in Jerusalem. Then, this week, Secretary of State Rex Tillerson said, um, the United States isn’t actually going to move its embassy from Tel Aviv to Jerusalem until 2020, if then. Passports of Americans born in Jerusalem will continue to say born in Jerusalem, not Israel. American government maps won’t identify Jerusalem as being inside Israel.

Why the delay? Mr. Tillerson cited logistical reasons, whatever those might be. Maybe he’s having trouble finding a printer to make new maps?

More likely, with the president having made a typically grandiose and poorly thought-through political gesture to domestic supporters — in this case, those who staunchly back Israel’s hard-line Likud government — wiser heads in the administration are trying to mollify Palestinians and other Arabs antagonized by his posturing. Since Mr. Trump’s decision, there have been protests across the Middle East. More than 50 Muslim leaders, meeting in Istanbul on Wednesday, criticized the decision and urged the world to recognize East Jerusalem as the capital of an independent Palestinian state. In Brussels, most leaders of the European Union, one of the Palestinian Authority’s biggest donors, have rejected the idea of following Mr. Trump’s lead.

But the backpedaling on Jerusalem doesn’t appear to be having much effect. On Friday, Israeli troops fatally shot four Palestinians and wounded more than 300 others with live fire during demonstrations in Gaza and the West Bank.

With Vice President Mike Pence set to visit Israel next week, Palestinian leaders are refusing to meet him. Administration officials say they realize that the Palestinians “may need a bit of a cooling-off period.”

But that’s just not how this White House operates. In fact, it conceded another piece of leverage on Friday and again angered Palestinians for no apparent purpose. White House officials made clear their expectation that Jerusalem’s Western Wall, which lies outside Israel’s pre-1967 borders and abuts some of Islam’s most sacred sites, will eventually be declared part of Israel. This time, they were careful to say that the final borders of Israel and any Palestinian state must be settled in negotiations. But it seemed another case of America taking Israel’s side on an explosive issue.

Mr. Trump insists he still intends to pursue new peace negotiations, but he has made any such effort, always a long shot, vastly more difficult. In this fraught moment, with dwindling options, the first task for the Palestinian leadership and others is to discourage violence that could engulf the region at great cost to all sides. If Palestinian and European leaders want to keep open the possibility of a two-state solution, they should reaffirm the importance of deciding Jerusalem’s future in negotiations, with the Palestinian capital in East Jerusalem. For his part, Mr. Trump could lessen the damage by specifying that the embassy, when moved, would be in West Jerusalem, and by indicating that the United States wants to recognize East Jerusalem as Palestine’s capital as part of a peace agreement.
NY TIMES
Share: