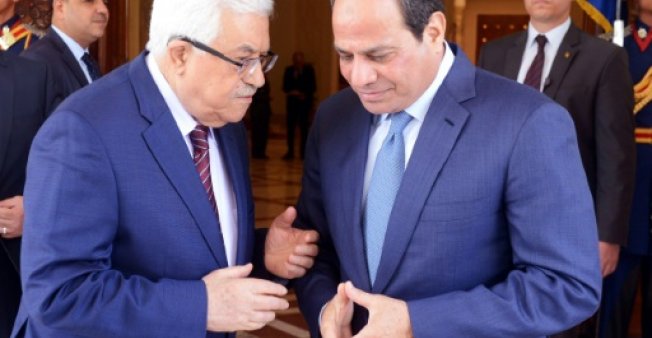 Trump’s move has drawn near universal condemnation, and Palestinian officials say Abbas will refuse to meet US Vice President Mike Pence when he travels to the region later this month.

Sisi has invited Abbas “to a bilateral summit for consultations on Monday in Cairo to discuss developments related to the United States’ recognition of Jerusalem as Israel’s capital”, said Bassam Radi, a spokesman for the Egyptian presidency.

Official Palestinian news agency WAFA said Abbas and Sisi spoke by telephone on Sunday and “continued consultations about the latest developments after the US administration’s decision to recognise Jerusalem as the capital of Israel”.

It said that they agreed “to continue consulting to coordinate common positions”.

Palestine Liberation Organisation official Wasel Abu Yousef told AFP he understood that Jordan’s King Abdullah II would also join Monday’s meeting, but there was no official confirmation of this.

Anger throughout the Muslim and Arab world has included protests in Egypt and Jordan, which also has a special role as the official custodian of Muslim holy sites in Jerusalem.

Dozens of students protested at two other Cairo universities.

Arab foreign ministers on Saturday called on the United States to rescind its recognition of Jerusalem as Israel’s capital and for the international community to recognise a Palestinian state.

In a resolution after an emergency meeting in Cairo, Arab League member ministers said the United States had “withdrawn itself as a sponsor and broker” of the Israeli-Palestinian peace process with its controversial move.

The ministers met at the league’s headquarters in Cairo to formulate a response to the US decision.

Egypt’s top Muslim and Christian clerics have both cancelled scheduled meetings with Pence in protest at the Jerusalem decision.

Israel seized Arab east Jerusalem from Jordan in the 1967 Six-Day War and later annexed it in a move never recognised by the international community.

The Palestinians want the eastern sector as the capital of their future state.

The international community does not recognise the ancient city as Israel’s capital, insisting that the issue can only be resolved in negotiations.