New focus on Syria and a new opportunity in Lebanon 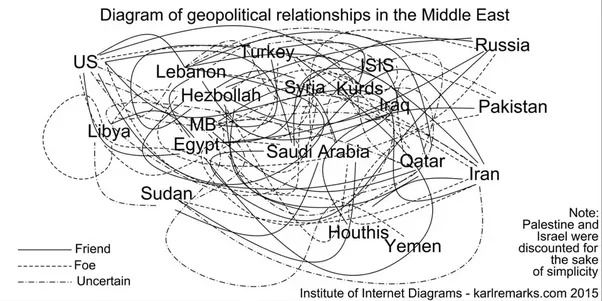 The journey of regional and international bargaining over the Middle East has kicked off with the emergence of realistic understandings in Syria, far removed from delusions of victory now that the country has been spared from total collapse.

Lebanon has also received a fair share of renewed regional and international attention, on the basis that safeguarding its stability requires conveying to Tehran that Hezbollah must cease its domestic dominance and meddling in various Arab battlegrounds, beginning with Yemen.

Russia sits squarely at the helm of the Syrian issue. It led the march toward a political settlement at the Sochi Summit last week, which brought together the presidents of Russia, Turkey and Iran. Saudi Arabia moved in parallel and coordination with Russia, hosting more than 1,400 Syrian opposition figures with a view to forming a unified delegation to take part in the UN-brokered Geneva talks.

France was the key international player that helped contain the Lebanese crisis, with Prime Minister Saad Hariri postponing his resignation as part of an initiative coordinated with Saudi Arabia and Egypt, after sending a crucial message to Iran.

The US has been in the backseat amid these important developments, but has been present behind the scenes in support of Russia’s efforts on Syria and France’s on Lebanon. The timing of both interventions has contributed to pulling events back from the edge of a cliff, which may prove positive on several levels.

The one-hour phone call between Russian President Vladimir Putin and his US counterpart Donald Trump was made after the former hosted Syrian President Bashar Assad.

Putin told Assad that the time has come for a political settlement and pragmatic concessions.

The Russian president appears to be seeking to slowly detach from his partners in the Syrian war. This requires a political process that does not insist on Assad’s departure, but rather entails a transitional process that curtails the dominance of the Baath Party, whose monopolistic nature does not tolerate pluralistic, democratic governance of Syria.

The Trump administration has explained US consent to end demands for Assad to step down by saying it was former President Barack Obama who adopted that slogan without seeking to implement it. By contrast, Trump’s policy stresses the need to turn Assad into a pariah. The bottom line is that Trump agrees with Putin that Assad will remain in his post until the political process is well on its way.

Putin has pledged not to exempt Assad from offering necessary concessions, and said at the Sochi Summit: “It is obvious that the process of reform will not be easy and will require compromises and concessions from all participants, including of course the government of Syria.” Iranian President Hassan Rouhani also said the path was clear for a political settlement to end the Syrian crisis.

At the same time, Saudi diplomacy was playing its part, with a wide array of Syrian opposition factions meeting in Riyadh on the same day as the Sochi Summit, to unify their ranks ahead of talks on Syria’s political future. This momentum was coupled with phone calls between Putin and Saudi King Salman, Egyptian President Abdel Fattah El-Sisi and Israeli Prime Minister Benjamin Netanyahu.

On Iran’s role in Syria in discussions between Trump and Putin, an informed US source said: “The substance of our position is that Iran must dial back its presence and influence in Syria. We are working with Russia to convince them of this goal.” Washington wants to prevent Iran from consolidating its presence in territories liberated from Daesh, but the strategy to achieve this remains unclear.

In addition to the US bid to isolate and sanction Iran and its Lebanese proxy Hezbollah, Europe — particularly France, which strongly influences German policy in this regard— has started complying with US demands.

Last week, French President Emmanuel Macron secured for himself a new position by leading negotiations on Lebanon and sending messages to Iran and Saudi Arabia, without forgetting to coordinate with international powers such as the US and regional powers such as Egypt, as well as Lebanese leaders.

What happened between Hariri’s televised resignation in Riyadh on Nov. 4 and his return to Beirut on Nov. 22 could well turn out to be the most important juncture in Lebanon’s future, and its regional and international relations.

Lebanese President Michel Aoun is today at the forefront of shaping his country’s future, and he carries on his shoulders some fateful responsibilities. He deserves appreciation for his efforts to uphold the constitution and protocol, on the basis of which he refused Hariri’s resignation from Riyadh.

Aoun has proven that he can influence his main partners in Hezbollah to de-escalate and scale back their regional interventions. He succeeded in securing Hariri’s return to Lebanon to attend Independence Day celebrations, and more importantly, becoming a component in the French-Egyptian-Saudi initiative that agreed on the postponement of Hariri’s resignation until Aoun concludes a dialogue to address the contentious issues that had led to it.

Aoun is now required to avoid complacency and maneuvers by any side, because Lebanon is still in the danger zone, and will remain so unless it makes serious commitments regarding neutrality. This is especially the case with guarantees that Hezbollah will end its interference in Gulf countries and Yemen.

Aoun is also required to control the damage he caused when he proclaimed that Hezbollah will not disarm until all Middle East issues are resolved. He can achieve that by raising the future of Hezbollah’s arms in a serious intra-Lebanese dialogue.

This is a special opportunity for Hariri to reap the rewards of the popular mandate he has obtained, which goes beyond his Sunni constituency. He faces the challenge of building a different kind of unity government, and has a chance to rebrand himself and prove his doubters wrong.

Saudi Arabia has an opportunity to revitalize its constructive role in Lebanon, especially as a partner in the de-escalation initiative. Providing support for Hariri would dispel the impression that he had been under house arrest in Riyadh. It is in the Kingdom’s interest to nudge Lebanon to guarantee that no party in government will undermine Saudi national security.

Hezbollah has an opportunity to make decisions that prioritize the Lebanese people, who have shown determination to place civil peace above all else. This is a chance for Hezbollah to prove that it belongs first and foremost to Lebanon. Otherwise the whole country will pay the price for the party’s arrogance and stubbornness.

Local and regional players in Syria — particularly Assad, Tehran and Hezbollah — have started to understand that triumphalism is unacceptable. The leaders of the great powers, especially Russia, do not want to share control of the Syrian issue, but also do not want to deal with it on the basis of the traditional victory-and-defeat equation.

Russia is in the process of reformulating its international relations, led by its relationship with the US. Moscow wants to withdraw militarily from Syria, manage reconstruction and stability there, then prepare for elections in Russia.

Perhaps all the mistakes, miscalculations and misconduct in Lebanon will in the end provide a push for a better future, based on reining in Hezbollah’s interference in the Arab world, launching a serious discussion about the future of its arms in Lebanon, and a real determination to build a new republic. But this requires the Lebanese to take real action and not obfuscate.

• Raghida Dergham is the founder and executive chairwoman of the Beirut Institute. She served as a columnist, senior diplomatic correspondent and New York bureau chief for the London-based Al-Hayat daily for 28 years. She is a member of the Council on Foreign Relations and an honorary fellow at the Foreign Policy Association, and has served on the International Media Council of the World Economic Forum.

First published in the