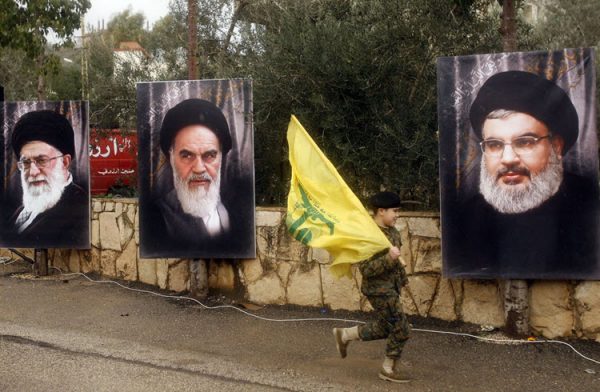 Waters will not flow again under the bridges after the return from Riyadh to Beirut of the outgoing Lebanese Prime Minister Saad Hariri — via Paris then another Arab capital.
Attempts to pressure him to fall into the orbit of Hezbollah and its ally President Michel Aoun for having “saved him from Saudi captivity” will not succeed. Stunts about internationalizing the crisis on the pretext that Hariri was kidnapped and detained will also fail, because if Lebanon goes to the Security Council to complain and protest, Beirut will be asked to be serious and credible and implement international resolutions, instead of pretexting the sensitivity of Hezbollah’s arms to say that the Lebanese state cannot discharge its duties.
In other words, the Lebanese government cannot continue both its de facto allegiance to the Islamic Republic of Iran and then feign neutrality and self-dissociation in Arab forums, bearing in mind that Hezbollah is fighting on behalf of Iran’s agenda in a number of Arab countries.
What comes next is a new phase, the guise of legitimacy that Saad Hariri’s presence in government provided to Hezbollah’s arms and influence now null and void. Hariri’s resignation means removing the fig leaf from a status quo that had been rife with contradictions and anomalies. His return to Lebanon will not automatically secure results for what he terms a “positive shock” that would be brought about by his resignation.
Indeed, there is no indication that President Aoun is ready to truly observe the notion of “self-dissociation,” despite having pledged to do so but practically abandoning it. Nor is Aoun prepared to abandon the mantra of “the people, the army, and the resistance,” having declared brazenly not long ago that Hezbollah’s arms were here to stay until the entire crisis of the Middle East was resolved, in violation of international agreements and resolutions.

The question is whether Israel will continue to observe the historical truce-like relationship with Iran, or decide that the time is opportune for a quantum leap in its relationship with the Sunni world and seize the limited opportunity it now has to destroy Hezbollah’s rockets and military bases. Raghida Dergham

Many Lebanese were grateful for Aoun’s concern for Hariri and his insistence on the prestige of his post, his respect for the constitution, and his prudence at the start of the crisis.
However, Aoun escalated his rhetoric and measures after the visit to Saudi Arabia last week by Partiarch Beshara Boutros Al-Rahi, head of the Maronite Church, raising questions about the reasons the president has sought to damage Lebanon’s relations with the Kingdom and what this could entail in terms of catastrophic damages to Lebanon. The onus is therefore now on Aoun to prove that he places Lebanon’s interests above all considerations, and to behave as president rather than a member of a camp whose priority is Iranian rather than Lebanese.

In the beginning, it is important to note that the sidelining of Lebanon’s sovereignty in the Hariri affair has triggered a backlash even from otherwise loyal Sunni clans in Lebanon, helping to foster an abduction narrative concerning the prime minister.
It can also be said that forcing the Lebanese to confront Hezbollah through a terror designation, or even war, is something that faces immense resistance in Lebanon, even from those who are in favor of reining in Hezbollah’s domination over Lebanese politics, its intervention in Arab countries, and its subversion against Saudi Arabia in Yemen. Indeed, the Lebanese are at once powerless, frightened, and unwilling to again turn their country into a war zone, no matter what.
The US-Saudi strategy today is to prosecute Hezbollah through several pathways, contain the tentacles of Iran’s Revolutionary Guards in Yemen, Syria, and Lebanon, and rein in the Popular Mobilization in Iraq. The policy of the Trump administration in places appears serious: First, on fighting “radical Islamic terror” in both its Sunni and Shia iterations, and second on containing Iran’s regional influence and heading off its attempts to make permanent its footholds in Syria.
There is talk of possible operations by the international coalition against Iran-backed forces in Syria, especially Hezbollah. Washington has also made clear that the Russian settlement proposed for Syria, which distributes spheres of influence to Iran and its proxies, will not be acceptable and that the US forces would remain in Syria until further notice.
Thirdly, the Trump administration continues to monitor Turkey’s conduct, not only because its alliances with Russia are suspicious but also to ensure no revival of the Muslim Brotherhood project, co-sponsored by Erdogan and former President Barack Obama, would take place.
Fourthly, Washington converges with Riyadh’s assessment that Iran and Hezbollah’s continued involvement in Yemen is a threat to Saudi national security. This has led to agreeing extraordinary levels of cooperation in Yemen, including military collaboration and stepping up pressure on Europe and Russia to stop shielding Iran and its allies from accountability for their role in Yemen.
And fifthly, there is the Palestinian-Israeli dimension, the resolution of which Trump has made a personal challenge, pledging that history would remember him for this achievement. And a general examination of developments at this level indicates that steps are being made toward breakthroughs.
Hezbollah is convinced that Israel will not enter as a party to a war against it or against Iran. It is betting on thwarting what it believes to be a US-Saudi bid for Israel to take advantage of the crisis to deal a fatal blow to its rocket arsenal and missile manufacturing facilities run by Iran in Lebanon, and against Iran’s emerging military base near Damascus.
The question here is this: Will Israel continue to observe the historical truce-like relationship with Iran on the basis that its existential enemies are the Sunni Arabs? Or will it decide that the time is opportune for a quantum leap in its relationship with the Sunni world, and seize the limited opportunity it now has to destroy rockets and military bases not far from its borders?
The US factor is decisive in Israel calculations, especially under an unusual president who has entrusted to his son-in-law Jared Kushner, a pro-Israeli Jew, the supervision of a Middle East peace deal. With Trump in the White House, everything is possible and it would be a mistake to discount any possibility.
For this reason, all Lebanese players have an obligation to responsibly, rationally, prudently, and pragmatically assess the situation and act accordingly.
The first place where de-escalation can begin is Yemen. The Lebanese president must safeguard Lebanese higher interests and persuade Hezbollah to withdraw from Yemen to avoid incurring a price on Lebanon.
Saudi Arabia is not compelled by Lebanese calculations but by those of Saudi national interests, and it has economic cards, both direct or through the Lebanese expatriate workforce in the Kingdom, to put pressure on Lebanon and trigger a collapse despite what economists and bankers there are saying to reassure the public.
However, Saudi Arabia also has a responsibility to de-escalate in Lebanon, because punishing all of Lebanon for Hezbollah’s actions in Yemen, Syria, Bahrain, and Iraq would add Lebanon to the list of failed states, rather than safeguarding Saudi influence there.

• Raghida Dergham is the Founder and Executive Chairman of Beirut Institute. She is a Columnist for the Huffington Post and Arab News and served as Columnist, Senior Diplomatic Correspondent,and New York Bureau Chief for the London-based Al-Hayat daily for 28 years. She is a member of the Council on Foreign Relations, and an honorary fellow at the Foreign Policy Association and has served on the International Media Council of the World Economic Forum.
Twitter: @RaghidaDergham