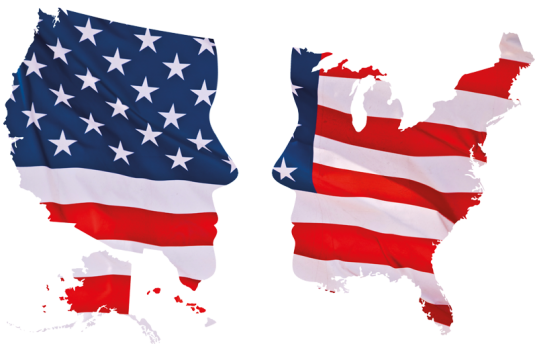 By John Wagner and Scott Clement

Seven in 10 Americans say the nation’s political divisions are at least as big as during the Vietnam War, according to a new poll, which also finds nearly 6 in 10 saying Donald Trump’s presidency is making the U.S. political system more dysfunctional.

The Washington Post-University of Maryland poll — conducted nine months into Trump’s tumultuous presidency — reveals a starkly pessimistic view of U.S. politics, widespread distrust of the nation’s political leaders and their ability to compromise, and an erosion of pride in the way democracy works in America.

Trump’s arrival in the White House in January ushered in a period of big political fights — over issues including health care, taxes and immigration — and a sharp escalation in personal attacks on political opponents, over social media and elsewhere.

Seven in 10 Americans say the nation’s politics have reached a dangerous low point, and a majority of those believe the situation is a “new normal” rather than temporary, according to the poll.

The polls finds that 7 in 10 Americans view the Trump administration as dysfunctional. But dissatisfaction extends well beyond the executive branch: Even more Americans, 8 in 10, say Congress is dysfunctional, and there is limited trust in other institutions, including the media.

“It’s just messed up now,” said Patty Kasbeck, 37, a veterinary technician in Bartlesville, Okla., and a Democrat. “It’s not even a political system. It’s a reality show.”

In the poll, 14 percent of Americans say they view the ethics and honesty of politicians as excellent or good — down from 25 percent in 1997 and 39 percent in 1987. And 12 percent say members of Congress base their policies on a set of core values, while 87 percent say lawmakers mainly “do whatever is needed to win reelection.”

By and large, Americans are feeling frustrated not only with the country’s politics but also with their ability to talk about politics in a civil way.

“It seems the country is being divided on so many topics and on so many fronts at one time,” said Gene Gardner, a retired communications specialist in Blacksburg, Va., who said American democracy has become “a rock-throwing contest.”

“When people have an opinion, they don’t just say it to their spouse across the dinner table anymore,” said Gardner, 68, who says he tends to vote Democratic. “They put it on Facebook. Everything gets amplified and more angry.”

Recent surveys have shown that consumer confidence is up this year and stands at the highest levels in the past decade, so it does not appear that economic concerns are driving discontent with the nation’s political system.

Rather, Trump’s presidency appears to be a more critical factor in informing the way people feel about the state of American democracy.

While the poll finds similar levels of distrust in the federal government as those before Trump took office, it also finds that pride in U.S. democracy is eroding. The share of Americans who are not proud of the way the country’s democracy is working has doubled since three years ago — from 18 percent to 36 percent in the new survey conducted among a nationwide sample of more than 1,600 adults by The Post and U-Md.’s Center for American Politics and Citizenship.

Doubts about democracy are not limited, however, to strong Trump critics. The poll finds that 25 percent of his supporters are not proud of the way democracy is working. That’s a higher figure than for the general public since at least the 1990s, polling shows.

“I think that since Trump’s election, there’s a spotlight on Washington and how it really works: that politicians are out for themselves and beholden to special interests,” said Nola Sayne, a paralegal in Logansville, Ga., who supported Trump and says she tends to vote Republican.

Sayne, 54, partly blames the dysfunction on how the Washington establishment has reacted to Trump. “People just flip out at everything he says,” Sayne said.

“They’re acting like the mean kids in junior high,” Johnston said. “They’re all helping to make sure that the president doesn’t succeed.”

Johnston, 58, a registered independent, said there are things she doesn’t like about Trump, like his “childish tweets.” But she said the country needs to give him a chance.

Strong majorities in both parties say the political divisions today are at least as strong as during the Vietnam War, a period of protest and unrest that is widely viewed as a dark chapter in American political history.

Seven in 10 Americans overall hold that view, but it is particularly strong among those who experienced the Vietnam War era firsthand. Among those who were adults in the 1970s, more than three-quarters say political divisions today are at least as big.

“I’m old enough that I remember the Vietnam War,” said Ed Evans, 67, a lawyer in Sioux Falls, S.D., and a Democrat who was a college student in Missouri at the time. “With Vietnam, at least it was focused on one issue. Here, it’s all over the place. In some ways, this is deeply more troubling.”

Ellen Collins, a retired data architect in Dayton, Ohio, said she remembers hearing her brother, who was in the Army returning from Vietnam, say that he was spit upon in the airport during a layover in San Francisco in March 1968. Still, she is among those who say political divisions in the country are worse today.

“This country is a mess,” said Collins, 69. “There’s no civility. Friends are now enemies. These issues have made people angry.”

She blames Trump in large part, saying he has used divisions “to his benefit, to play on people’s fears.”

Collins cited Trump’s recent sparring with Rep. Frederica Wilson, D-Fla., over the president’s condolence call to the widow of a soldier killed in Niger.

“He has an inability to say, ‘My bad,’ and he just keeps going and going,” Collins said. “He’s childish, and he’s a bully.”

Majorities of both Democrats and Republicans say America’s politics have reached a dangerous low point, though more Democrats (81 percent) than Republicans (56 percent) hold that view.