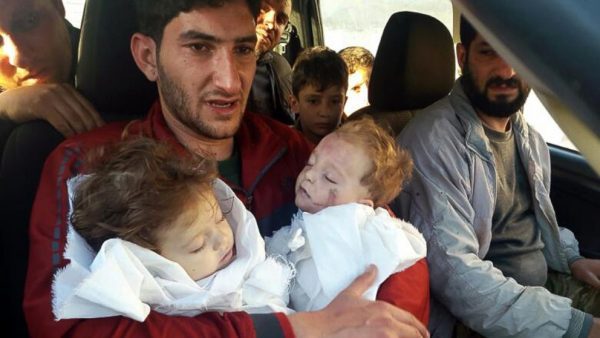 Bashar al-Assad’s forces were behind sarin attack on Khan Sheikhun that killed more than 87, UN says, as US reaffirms Syria’s president’s rule must end

Bashar al-Assad’s forces are responsible for a deadly sarin gas attack on the rebel-held town of Khan Sheikhun that killed scores of people, UN investigators have said, as the United States renewed its warning that the Syrian president has no role in the country’s future.

The expert panel’s report and tough remarks by the US secretary of state, Rex Tillerson, overshadowed the announcement that UN-sponsored peace talks will resume next month.

More than 87 people died on 4 April this year when sarin gas projectiles were fired into Khan Sheikhun, a rebel-held town in the Idlib province of north-western Syria.

Grim images of dead and dying victims, including young children, in the aftermath of the attack provoked global outrage and a US cruise missile strike on a regime airbase.

Syria and its ally Russia had suggested that a rebel weapon may have detonated on the ground but the UN panel confirmed western intelligence reports that blamed the regime.

“The panel is confident that the Syrian Arab Republic is responsible for the release of sarin at Khan Sheikhun on 4 April 2017,” the report, seen by AFP, says. 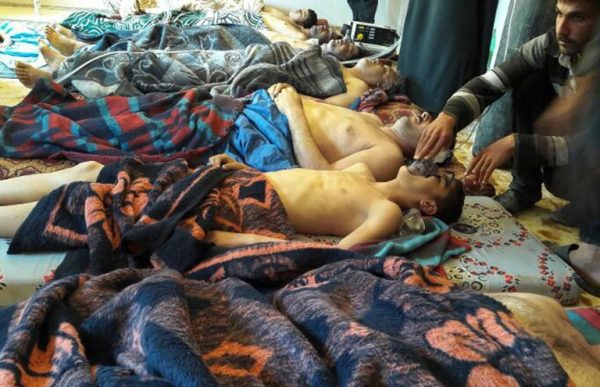 The report will increase pressure on Assad’s regime just as Washington, in the wake of battlefield victories against Islamic State, renews calls for him to step down.

Tillerson’s comments to reporters came during a visit to Geneva in which he met the UN special envoy for Syria, Staffan de Mistura, who is trying to convene a new round of peace talks next month.

The secretary said US policy had not changed, but his remarks represented tougher language from an administration that had previously said Assad’s fate was not a priority.

“We do not believe there is a future for the Assad regime, the Assad family,” Tillerson said.

“I think I’ve said it on a number of occasions. The reign of the Assad family is coming to an end, and the only issue is how should that be brought about.”

Russia, which is running a parallel peace process with Iran and Turkey in a series of talks in the Kazakh capital, Astana, reacted coolly to Tillerson’s remarks.

“I think we should not pre-empt any future for anybody,” said Moscow’s UN ambassador, Vassily Nebenzia, who on Tuesday had vetoed a US attempt to extend the gas attack investigation.

De Mistura hopes to convene an eighth round of Syrian peace talks between Assad’s regime and an opposition coalition in Geneva from 28 November.

These will be focused on drafting a new constitution and holding UN-supervised elections in a country devastated by several overlapping bloody civil conflicts.

Assad’s regime has been saved by Russian and Iranian military intervention and he insists that he will not stand down in the face of what he regards as “terrorist” rebels.

But western capitals, the opposition and many of Syria’s Arab neighbors hold Assad’s forces responsible for the bulk of the 330,000 deaths in the conflict.

In addition to chemical weapons attacks against his own people, his government is accused of overseeing the large-scale torture and murder of civilian detainees.

The previous US administration often said that Assad’s days were numbered, but Barack Obama decided not to use force to punish his chemical weapons attacks.

His successor, Donald Trump, did order one missile strike on a Syrian airbase in response to a chemical attack.

But US policy has otherwise focused solely on the defeat of Isis, driving it out of its last bastions in eastern Syria’s Euphrates valley.

Tillerson said, however, that he hoped a way to oust Assad would “emerge” as part of De Mistura’s UN-mediated talks.

He argued that the UN security council resolution setting up the peace process already contained a procedure to hold elections that Washington does not think Assad can win.

“The only thing that changed is when this administration came into office, we took a view that it is not a prerequisite that Assad go before that process starts; rather, the mechanism by which Assad departs will likely emerge from that process,” he said.

Seven rounds of talks have achieved only incremental progress toward a political deal, with negotiations deadlocked over Assad’s fate.

The opposition insists any settlement must provide for a transition away from Assad’s rule but, as government forces make gains, there is little likelihood of a breakthrough.

Russia covering up for Assad

British Foreign Secretary Boris Johnson on Friday accused Russia of trying to hide the use of sarin gas by Syrian president Bashar al-Assad’s government, and said Moscow’s behavior was undermining the consensus against chemical weapons.

Commenting on the release of that  UN report, Johnson called on the international community to hold Assad’s government to account.

He also launched a fierce attack on Russia, which helped broker a deal in 2013 under which Assad agreed to destroy Syria’s chemical weapon stockpile.

“Russia has repeatedly attempted to disrupt efforts to get to the truth of the Khan Sheikhoun attack,” he said in a statement. “Russia has consistently chosen to cover up for Assad.”

“This behavior can only undermine the global consensus against the use of chemical weapons. I call on Russia to stop covering up for its abhorrent ally and keep its own commitment to ensure that chemical weapons are never used again.”