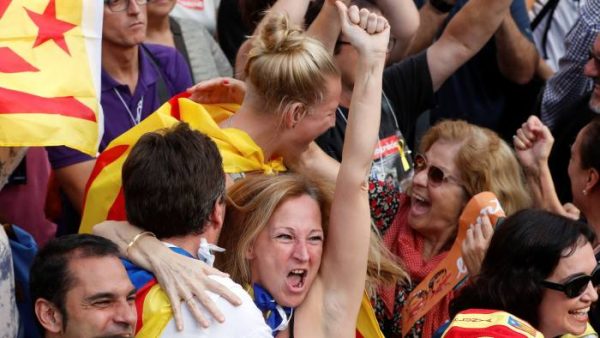 Catalonia’s parliament declared independence from Spain on Friday in defiance of the Madrid government, which at the same time was preparing to impose direct rule over the region.

Although the declaration was in effect a symbolic gesture as it will not be accepted by Spain or the international community, the moves by both sides take Spain’s worst political crisis in four decades to a new level.

Spanish Prime Minister Mariano Rajoy immediately called for calm and said the rule of law would be restored.

Deputies in the regional assembly backed the motion for secession by 70 to 10 in a momentous decision that escalates the biggest political crisis since Spain’s return to democracy in the 1970s. The motion read: “We shall constitute the Catalan Republic as an independent, and sovereign, democratic and social state of law.”