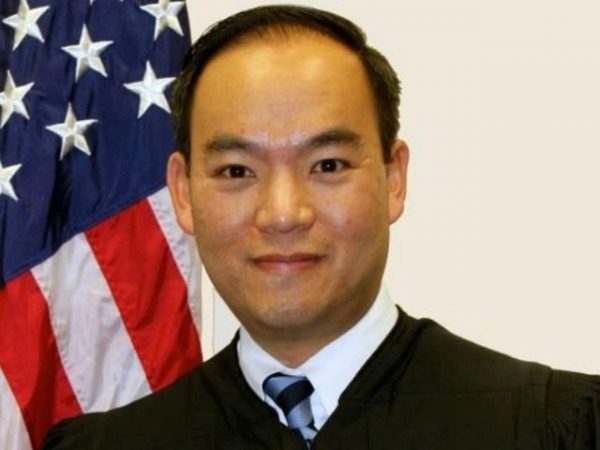 A federal judge in Maryland granted a nationwide preliminary injunction against the latest iteration of President Donald Trump’s travel ban late Tuesday, following a similar order by a federal judge in Hawaii.

In a 91-page order, Chuang cited the president’s tweets and statements as evidence the third version of the policy carried the same intent as the Muslim ban Trump backed on the campaign trail.

“To the extent that the Government might have provided additional evidence to establish that national security is now the primary purpose for the travel ban, it has not done so,” Chuang wrote. “Of course, even if such evidence was forthcoming, its value in obviating the taint of the earlier Executive Orders would be limited.”

The third version of the ban, announced in September, places travel restrictions on six majority-Muslim nations — Chad, Iran, Libya, Somalia, Syria and Yemen — as well as two other countries, North Korea and Venezuela. The restrictions against the latter two nations affect few travelers, however.

The Trump administration said the ban was based on an assessment of each country’s ability and willingness to screen travelers and share vetting information. In a statement issued after a judge in Honolulu halted the policy on Tuesday, the White House called the decision “dangerously flawed.”

The Justice Department said it would appeal both the Hawaii and Maryland decisions. Attorney General Jeff Sessions, testifying before the Senate Judiciary Committee on Wednesday morning, stood by the policy in opening remarks.

“The president’s executive order is an important step in ensuring that we know who is coming into our country,” he said. “The order is lawful, necessary and we are proud to defend it. … We are confident that we will ultimately prevail.”

The third version of the ban was hours away from fully going into effect on Tuesday when U.S. District Court Judge Derrick Watson, hearing the case in Honolulu, issued a halt on its implementation. The nationwide freeze, coupled with the latest decision in Maryland, dealt a blow to the Trump administration’s attempts to rework the policy to pass legal muster, and will send the fight to the appeals courts.

Chuang’s order blocking the travel ban covers a narrower swath of people than the nationwide halt issued in Hawaii a day earlier. The Maryland judge prohibited the government from applying the policy to travelers with a “bona fide” tie to a person or business in the United States, a guideline spelled out by the Supreme Court in June in regards to the second version of the ban.

Chuang, appointed by former President Barack Obama, is hearing three lawsuits against the travel ban brought by several organizations, including refugee resettlement agencies and Iranian-American groups. In addition to the Maryland case and the case in Hawaii, opponents have also challenged the policy in Seattle and Washington, D.C.

As with the order issued in the Hawaii case, Chuang’s decision will not affect the implementation of new restrictions against a small number of travelers from North Korea and Venezuela.

In the order signed Tuesday night, Chuang used Trump’s own words as evidence of the policy’s intent to target Muslims. In particular, the judge cited an August tweet from Trump that referenced “what appears to be an apocryphal story” involving General John Pershing, best known for his leadership in World War I.

“Study what General Pershing of the United States did to terrorists when caught,” Trump tweeted at the time. “There was no more Radical Islamic Terror for 35 years!

Chuang noted in his order that Trump never repudiated the statement, which suggested “a method hostile to Islam — shooting Muslims with bullets dipped in pig’s blood — should be used to deter future terrorism.”

The second ruling against the travel ban came as welcome news to opponents, but they also recognized that, as with the previous two versions of the ban, this case will wind its way through the courts.

“We will continue challenging it until this cruel and senseless policy is indefinitely blocked,” said Becca Heller, director of the International Refugee Assistance Project, one of the plaintiffs in the Maryland case. “We’ve cleared our schedules.”