Beyond the nuke deal:What to do about Iran’s spreading military influence 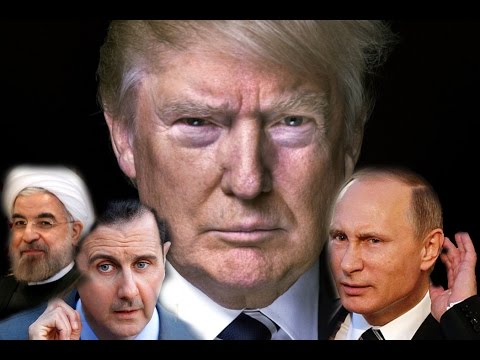 President Trump said Friday that he would not certify the 2015 Iran nuclear deal, based on a clear-eyed assessment of Iran’s dictatorship, its sponsorship of terrorism, and its continuing aggression around the world and in the Middle East, particularly. We need to talk about other ways Iran is destabilizing security in the region.

Iran and its militias are racing to impose a new military reality in Syria that will radically alter the balance of power in the Middle East for decades to come and create myriad security challenges. Since the Joint Comprehensive Plan of Action (JCPOA) went into force, Iran has sent thousands of its Islamic Revolutionary Guard Corps (IRGC)  fighters and militias into Syria. Yet in the past few months, Iran’s expansion in Syria has reached unprecedented levels as deescalation zones negotiated by the United States and Russia have created realities on the ground that will soon be very difficult to reverse and only then at a very high cost.

Despite the Trump administration’s tough talk on Iran being a “rogue regime,” the Islamic republic has expanded rapidly, sending even its regular forces to fight in Syria. Iran and its militias have now reached the front lines of many allied countries in the region. We can no longer handle the risks of Iranian expansion through traditional policies. There are approximately 100,000 Iranian-backed fighters in Syria, and Tehran has flooded the Iraqi-Syrian border with thousands of fighters of the Popular Mobilization Units. Yet, the Trump administration until now has been passive in response to this threat, which will soon leave the entire region under the control of Russian and Iranian forces.

The Syrian opposition and many countries in the region feel let down as Iran is allowed to dominate negotiations and decide on deescalation zones, which cement its long-term presence in cooperation with Moscow. Instead of pressuring Iran to stop its terror, the international community presses the opposition to make major concessions in negotiations. We should shed the illusion that Russia may ultimately give up Iran. Russia provides air support and deploys ground troops with Hezbollah terrorists and the IRGC. Russia has helped Iran advance to within a few kilometers of the border areas in southwestern Syria, the closest the Iranians have ever gotten to the Golan Heights.

Legitimizing Iran’s military presence in southwestern Syria is one of the most prominent problems in the U.S.-Russian agreement struck in July. In negotiations, the United States allowed for an Iranian expansion by ceding the requirement that Iranian-backed militias should withdraw to 50 km away from the southwest border.

In eastern Syria, Iran is exerting vigorous efforts to weaken the U.S. presence and speeding up work to gain control over the Syrian-Iraqi border, taking advantage of the rapid collapse of the Islamic State. At the same time, there are reports that U.S. forces are withdrawing from the al-Tanf and al-Zakf bases, where they were training Syrian opposition forces fighting Iran and the Islamic State, and returning to the Azrak base in Jordan, ceding territory to Iran. If Iranian-backed militias in Syria can link up with Iranian-backed Iraqi militias that participated in the battles of Tal Afar, a land bridge will be created with Iran extending its control along the 600-kilometer-long Syrian-Iraqi border and securing an open corridor from Iraq to Syria to the Mediterranean Sea.

The reluctance of the American administration to confront Russia and Iran in Syria is clearest in eastern Syria, where Washington welcomed efforts by the regime, Iran and its sectarian militias, with Russian help, to take control of Deir al-Zour. By taking Deir al-Zour, Iran will extend its control over energy resources in that strategic region.

Our response as the Syrian opposition to the pressure exerted on us to accept Bashar al-Assad in the transitional period is that the issue no longer concerns the person of a president (who has lost his legitimacy, sovereignty and ability to make a decision). The issue is the threat of Iran’s desire to use Assad’s weakness to undermine the civil and military institutions and subject them to its hegemony.

Our demands for the departure of Assad and his associates who were involved in committing crimes against the Syrian people are part of a comprehensive strategy to protect the institutions of the state that many of us in the opposition were responsible for running for years. We are better positioned to protect these institutions than Iran, whose model is to create weak states reliant on its militias and to dismantle state institutions as it has done in Iraq, Yemen and Lebanon.

While Russia works with Iran to control the deescalation zones, Washington responds by reducing support to moderate opposition factions fighting both Iran and the Islamic State. This policy is bolstering Moscow’s efforts to ease military pressure on the regime’s forces and pushing the opposition to surrender in local reconciliation agreements that restore vast areas to the regime without any fighting. Surely enough, under such a policy, Iran will take any area evacuated by the Islamic State.

As Trump asserted in his speech Friday, his administration will now decertify the JCPOA; it must also establish a regional strategy to confront Iranian meddling in Syria. Supporting the moderate Syrian opposition in eastern Syria to fill the vacuum resulting from the Islamic State’s fall should be a key element of this strategy, as could be designating the IRGC and its militias in Syria as terrorist organizations. Deescalation zones must be negotiated in a way to push back Iranian militias — not as a means to legitimize their expansion and bolster Assad. The United States must establish new realities in Syria rather than giving it to Iran as a gift.