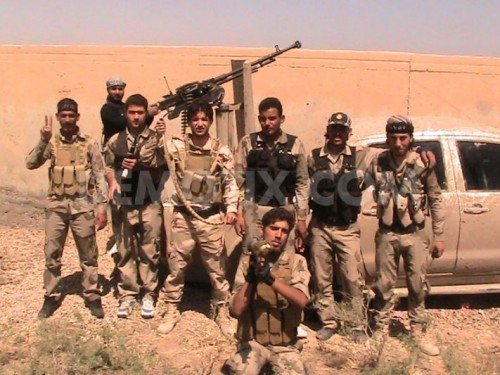 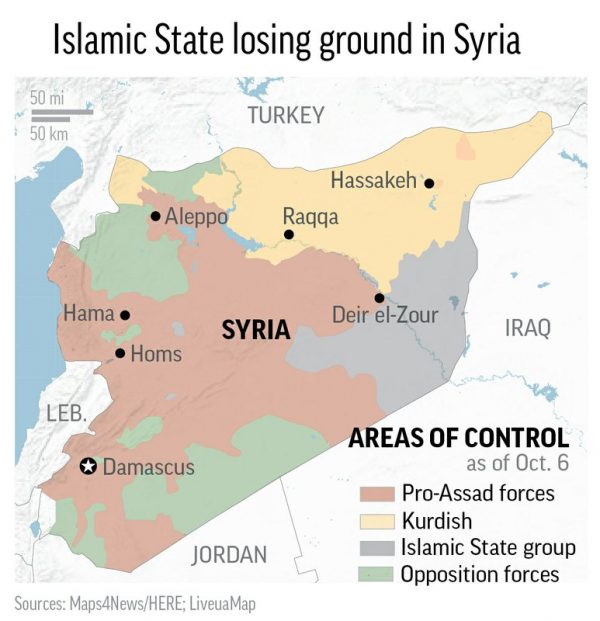 BEIRUT  — U.S.-backed fighters in northern Syria are preparing for a final offensive on neighborhoods still held by the Islamic State group in the city of Raqqa, a spokesman for the group said Monday.

Mustafa Bali of the Kurdish-led Syrian Democratic Forces told The Associated Press that the battle is expected to last between seven to 10 days. The extremists still have hundreds of fighters in the city that was once their de facto capital.

The Kurdish-led forces launched an offensive against IS in Raqqa in early June, under the cover of airstrikes by the U.S.-led coalition. The Kurdish-led group has captured 80 percent of the city, leaving IS in control of parts of the Raqqa’s center and north.

“The Syrian Democratic Forces are reinforcing positions ahead of the final attack on the city of Raqqa,” Bali said by telephone on Monday, speaking from northern Syria.

He added that no time has yet been set for the attack, dismissing reports in some media that the “final offensive” had started. Bali said the main battles are expected to take place around the Al-Aswad Football Stadium, where IS fighters used to hold detainees.

The loss of Raqqa would be another major blow to IS, which has suffered significant setbacks over the past year, including the loss in July of Mosul, Iraq’s second largest city and the biggest that the extremists ever held.

The battles have been ongoing for weeks in Raqqa. SDF fighters and Syrian government forces are also marching in the eastern province of Deir el-Zour, the last stronghold for IS in eastern Syria.

Backed by Russian airstrikes, Syrian troops and their allies have been pushing along the western bank of the Euphrates River while SDF fighters are moving along the eastern bank. There have been concerns about a clash between the U.S.-backed fighters and President Bashar Assad’s forces.

Meanwhile, Turkey’s military said on Monday that Turkish troops moved into Syria’s northwestern Idlib province the previous day as part of an operation to enforce a “de-escalation” zone that was internationally agreed earlier this year.

The Turkish troops crossed into Syrian territory on Sunday to begin “reconnaissance activities” in Idlib, a statement from Ankara said. It did not say how many troops were involved, but added that the force would create “observation points” in the region.

Also Sunday, Turkish forces shelled along the border parts of an area dominated by al-Qaida-linked militants in Syria.

Turkish President Recep Tayyip Erdogan said Turkey would not allow a “terror corridor” by Kurdish militia aiming to link its territories from eastern Syria to the Mediterranean, amid reports that the Turkish deployment could also serve to curb possible territorial gains by the U.S.-backed Kurdish fighters.

Ankara sees the Syrian Kurdish forces as an extension of its own minority Kurdish insurgency.

The Idlib operation is the second-largest Turkish troop deployment in to neighboring Syria. Last year, Turkey sent troops and tanks to back opposition forces clear a strip along its border from Islamic State militants and prevent U.S.-backed Kurdish militants from making territorial gains. Some 70 Turkish soldiers were killed in the operation named Euphrates Shield.

Also in Idlib, al-Qaida-linked fighters of the Levant Liberation Committee captured the village of Armanaz after clashes with two insurgent groups, Ahrar al-Sham and Faylaq al-Sham, which are close to Turkey, according to the Britain-based Syrian Observatory for Human Rights. The government-controlled Syrian Central Military Media. Armanaz had been a stronghold of Ahrar al-Sham and witnessed protests against al-Qaida.

In the nearby province of Hama, IS said in a statement that its fighters attacked and captured 10 villages from the Levant Liberation Committees. The Observatory said that IS earlier captured 16 villages from al-Qaida but later lost six in a counterattack.

The area of fighting between the two rival militant groups is among the last positions controlled by IS in central Syria.