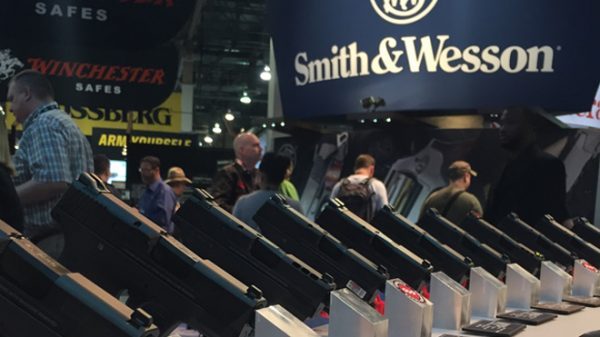 Gun stocks rose Monday following the deadliest mass shooting in American history late Sunday night. A gunman in a hotel room at the Mandalay Bay in Las Vegas killed at least 58 people attending an outdoor concert and wounded over 500 more.

Shares of Sturm Ruger (RGR) were up 4%, while American Outdoor Brands (AOBC), the company formerly known as Smith & Wesson, gained more than 3%. A company named Olin(OLN), which owns the Winchester brand of ammunition, rose 6% to an all-time high.

The stocks have tended to rally in the immediate aftermath of mass killings, which sadly have become more routine.
The Pulse nightclub in Orlando in June 2016. San Bernardino in December 2015. The Aurora, Colorado movie theater and Sandy Hook Elementary School in Newtown, Conn. in 2012.

Investors had bet that these massacres would lead to tougher gun control laws, especially because of tough talk from President Obama.

But shares of Sturm Ruger and American Outdoor Brands have both fallen sharply since Donald Trump, who was endorsed by the National Rifle Association, was elected president.

Investors had feared that a win by his opponent, Hillary Clinton, last year would have led to stricter regulations.

Trump’s win removed those fears, and gun company sales and profits have plunged as a result. FBI background checks for firearms have fallen as well.

Sturm Ruger said in August that its latest quarterly revenues were down 22% from a year ago and that earnings plummeted more than 50%.

The company said that the main reason for the sales drop was “due to stronger-than-normal demand during most of 2016, likely bolstered by the political campaigns for the November 2016 elections.”

The weak gun sales are having an impact on the sporting goods industry as well.

Sales have plunged at Dick’s Sporting Goods (DKS), and so has its stock. Shares are down 50% this year but the stock rose more than 1% Monday.

Gun sales have also dropped at Cabela’s, which was recently acquired by Bass Pro Shops. And Gander Mountain shut several stores this year after filing for bankruptcy.