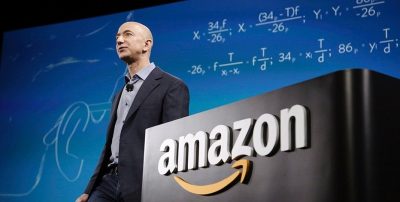 Kunkle, who writes for the Washington Post’s Metro desk and serves as co-chair of the Washington-Baltimore News Guild, challenged Bezos for expressing a desire to increase his philanthropic efforts despite a record of “treating [his employees] poorly.” In the op-ed, he writes that Bezos “should remember that his vast wealth came in part from labor.”

“As the owner of an institution that’s critical to democracy, he should go out of his way to set a tone of progressive stewardship toward employees in all his businesses,” Kunkle wrote in an op-ed published by the Huffington Post Opens a New Window. . “Instead, Bezos has shown that he views his employees as parts in a high-tech machine, that income inequality is someone else’s problem, and that modern corporations owe little more to their employees than a paycheck.”

Bezos, who purchased the Washington Post in 2013, previously drew criticism in 2015 after a New York Times Opens a New Window. expose criticized Amazon’s “bruising” workplace culture. The article alleged that Amazon’s employees “are encouraged to tear apart one another’s ideas in meeting, toil long and late, and held to standards that the company boasts are ‘unreasonably high.’”

The New York Times story drew a sharp rebuke from Amazon. Company spokesman Jay Carney defended the company in an open letter, while Bezos penned a separate letter to shareholders explaining his view on corporate culture.

Kunkle referenced the New York Times story in his op-ed, stating that “Amazon’s history of dodging taxes, its mistreatment of workers, and its ruthlessness toward even the smallest competitors have been well documented.”

Bezos has engaged in a years-long feud with President Donald Trump, who has repeatedly criticized Amazon for its business practices and alleged Bezos’ ownership of the Post represents a conflict of interest.

Bezos fired back at Trump in December 2015, writing on Twitter that he had finally gotten “trashed” by the eventual president.