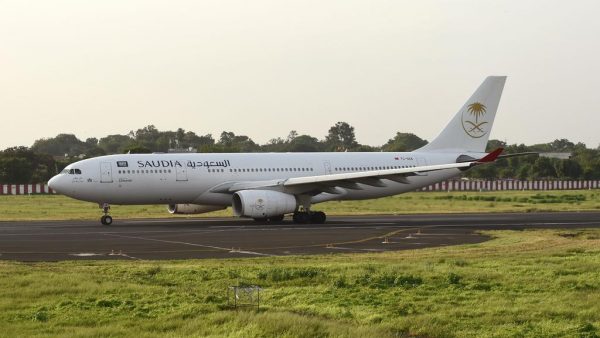 Saudi Arabia said Sunday its aircraft have not been given permission to land in Doha to pick up Qatari pilgrims for the annual hajj after the king authorized flights to transport people to Mecca.

Saudi Arabia reopened its border with Qatar last week to allow Qataris to attend the hajj amid a monthslong rift between the neighboring countries. King Salman also authorized Saudi planes to transport pilgrims at his expense. Already, more than 100 Qataris have crossed into Saudi Arabia since the border was opened.

But Saleh al-Jasser, the general manger of Saudi Arabian Airlines, was quoted by Saudi state TV as saying Qatari authorities have not authorized the kingdom’s aircraft to land in the capital, despite a request submitted several days ago to transport Qatari pilgrims from Hamad International Airport in Doha.

Qatar’s foreign minister said his country welcomed the decision to facilitate the hajj for Qataris, however the moves do not appear to have been coordinated with Qatar’s government.

In early June, Saudi Arabia sealed Qatar’s only land border. The kingdom, along with the United Arab Emirates, Bahrain and Egypt also cut all diplomatic and transport links with Qatar, including barring direct flights between the countries. They also blocked Qatari flights from using their airspace.

The four countries accuse Qatar of supporting terrorist groups and of trying to foment unrest in the region. They have tried for years to pressure Qatar to stop supporting Islamist opposition groups like the Muslim Brotherhood. Qatar rejects the allegation that it backs extremist groups and says the moves are politically motivated.

The Qatar-based Al Jazeera reported that the small Gulf country filed a complaint to the International Civil Aviation Organization against attempts to “terrorize” travelers flying on Qatari Airways.

The complaint pointed to a report by the Saudi-owned Al Arabiya news channel that shows a simulation of a fighter jet forcing a Qatar Airways flight to land if it enters the quartet’s airspace. The video says that these countries have the right to use force if necessary, and shows a bomb striking an unmarked aircraft.

Saudi Arabia’s facilitation of the hajj for Qataris came after a visit to the kingdom by a Qatari royal family member who resides outside Qatar and whose branch of the family was ousted in a coup more than four decades ago.

Sheikh Abdullah Al Thani, who holds no official post in Qatar, also met Saudi King Salman at his summer palace in Morocco over the weekend and launched a verified Twitter account to raise his profile. He has since taken credit for setting up a hotline inside Saudi Arabia for Qataris who require additional assistance during the hajj, which starts at the end of the month.

Sheikh Abdullah used his new Twitter account Sunday to express his disappointment over Saudi aircraft not being given permission to pick up Qatari pilgrims.

“I hope the brothers in Qatar cooperate to facilitate the pilgrimage of citizens,” he wrote.