‘The Trump Presidency That We Fought For, and Won, Is Over, ‘ Bannon declares 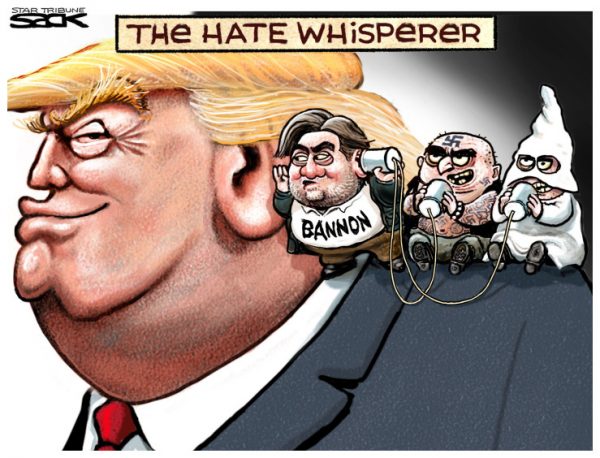 With the departure from the White House of strategist Stephen K. Bannon, who helped shape the so-called nationalist-populist program embraced by Donald Trump in his unlikely path to election, a new phase of the Trump presidency begins. Given Trump’s nature, what comes next will hardly be conventional, but it may well be less willfully disruptive—which, to Bannon, had been the point of winning the White House.

Bannon says that he will return to the helm of Breitbart, the rambunctious right-wing media enterprise he ran until joining the Trump campaign as chief executive last August. At the time, the campaign was at its nadir, and Trump was trailing Hillary Clinton in the polls by double digits.

Although his influence with the president waxed and waned, Bannon’s standing in the Trump circle was always precarious. Among the senior advisers competing with Bannon in trying to shape Trump’s agenda, and his tone, were the president’s daughter, Ivanka, and son-in-law, Jared. Bannon pointedly voiced criticism of those in the president’s sphere whom he considered to be globalists, or liberals (or both), and the president himself plainly bristled over the early attention that Bannon got from the press (including a Time magazine cover, which is said to have particularly irked Trump).

Bannon says that his departure was voluntary, and that he’d planned it to coincide with the one-year anniversary of his joining the Trump campaign as chief executive, on August 14, 2016.

“On August 7th , I talked to [Chief of Staff John] Kelly and to the President, and I told them that my resignation would be effective the following Monday, on the 14th,” he said. “I’d always planned on spending one year. General Kelly has brought in a great new system, but I said it would be best. I want to get back to Breitbart.”

Bannon says that with the tumult in Charlottesville last weekend, and the political fallout since, Trump, Kelly, and he agreed to delay Bannon’s departure, but that he and Kelly agreed late this week that now was the time for Bannon to leave.

Bannon may have resigned, but it was clear from the time that Kelly became chief of staff that Bannon’s remaining time in the West Wing was going to be short. Kelly undertook a study of the West Wing’s operating system, and let it be known that he kept hearing about Bannon as a disruptive force and a source of leaks aimed at undermining his rivals. One of those, with whom Kelly is deeply in sympathy, is National Security Adviser H. R. McMaster, who clashed forcefully with Bannon over such policies as strategy for the war in Afghanistan.

It is plainly Bannon’s view that his departure is not a defeat for him personally, but for the ideology he’d urged upon the president, as reflected in Trump’s provocative inaugural address—in which he spoke of self-dealing Washington politicians, and their policies that led to the shuttered factories and broken lives of what he called “American carnage.” Bannon co-authored that speech (and privately complained that it had been toned down by West Wing moderates like Ivanka and Jared).