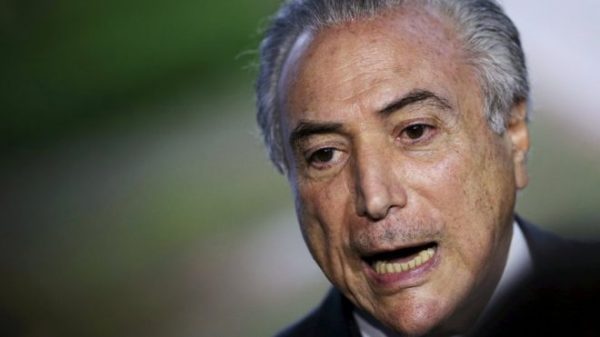 Brazilian President Michel Temer welcomed the Congressional vote clearing him of a corruption charge as “clear and incontestable” and vowed to work until the end of his term next year to pass reforms to balance the budget and restore economic growth.

“With the support the lower house has given me, we will pass all the reforms that the country needs,” he said after lawmakers voted 263-227 to reject a charge that he took bribes, saving him from standing trial. “Now it is time to invest in our country. Brazil is ready to start growing again,” he said in a statement.