Discussions focused on the on-going cooperation between the two nations and the draft bills pertaining to Lebanon and Hezbollah that are being studied by the Congress, Hariri’s office revealed .

“During the meeting, we were able to discuss our commitment to stand with the Lebanese people as they face multiple terrorist threats in the region,” said Senator Lankford in a statement. “Lebanon bears the brunt of the Syrian humanitarian refugee crisis, hosting well over a million refugees, and the US must continue to be a willing and stable partner.” He added . 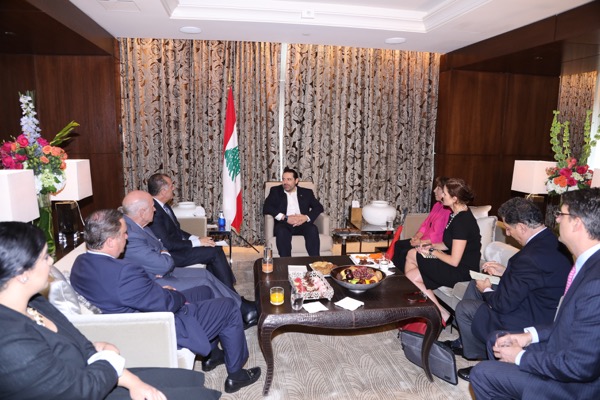 Hariri also met Friday at the Four Seasons Hotel with a delegation from the American Task Force for Lebanon headed by its president Edward Gabriel.

Continued U.S. support for the Lebanese military, financial assistance for Syrian refugees and U.S. plans to tighten sanctions on Hizbullah were the key items on Hariri’s Washington agenda.

Hariri’s talks in Washington involved meetings U.S. President Donald Trump at the White House on Tuesday where the two held a joint press conference and pledged solidarity in their joint fight against terrorism by the Islamic State group and others.

Trump praised the Lebanese army for keeping IS and other extremist groups from establishing a foothold in the country. “Ultimately you will win … we have great confidence in you,” he told the Lebanese PM .