Trump welcomes Lebanon PM to the White house for talks 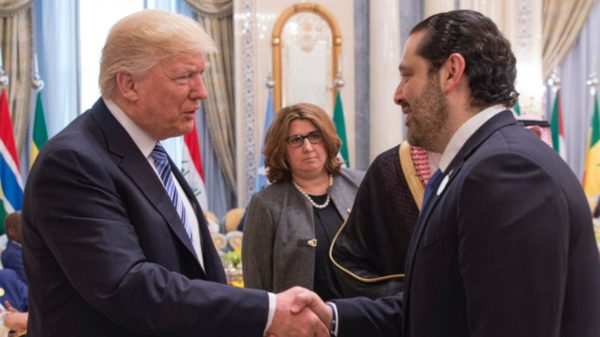 Trump and Prime Minister Saad Hariri (sahd hah-REER’-ee) are scheduled to answer reporters’ questions during a joint news conference in the Rose Garden after they meet.

The White House said last week that the leaders would discuss terrorism, refugees and the economy, among other issues.

Hariri is likely to ask for U.S. financial aid to cope with the flood of Syrian refugees entering his country due to the civil war there. Syrian refugees make up about 25 percent of Lebanon’s population of about 6 million people.

Other items on the prime minister’s agenda are continued U.S. support for the Lebanese military, and plans by the U.S. to tighten sanctions on the militant group Hezbollah.