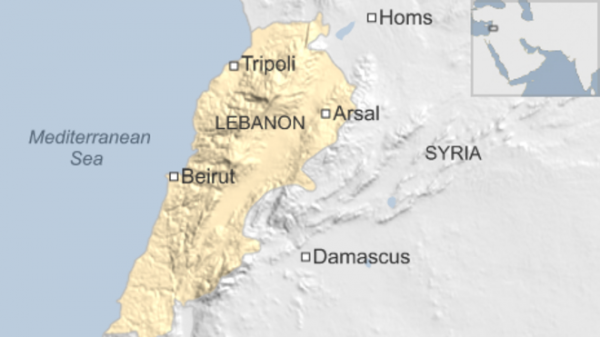 The Iranian backed Lebanese militant group Hezbollah and the Syrian Army launched a major operation on Friday that aimed to dislodge a pocket of Islamist fighters from their stronghold on the border between Lebanon and Syria.

Fighters and soldiers advanced on two fronts, near the Lebanese town of Arsal and the Syrian town of Fleita, into a mountainous area where an array of Islamist groups have taken shelter in recent years among camps for Syrian refugees.

Explosions rang out in eastern Lebanon as Hezbollah shelled a distant ridgeline while Syrian warplanes struck on the other side of the border. Early reports said both sides had casualties.

The offensive had been anticipated for weeks and comes at a time of mounting frustration over how the Syrian crisis has spilled over into Lebanon, a country of four million people that has become home to more than one million Syrian refugees since the uprising against President Bashar al-Assad erupted in 2011.

Arsal has long been a security concern. Tens of thousands of Syrian refugees live in camps near the town that are also home to Sunni militants from the Islamic State, the Nusra Front and other jihadist groups fighting in Syria’s six-year-old civil war. In 2014, jihadists briefly seized control of Arsal in fierce fighting; nine Lebanese soldiers captured during the clashes are still missing.

In June, Lebanese Army units tried to move into Arsal to rout the militants but were attacked by suicide bombers. Subsequent attempts to persuade the Islamists to leave peacefully failed. Lebanon’s prime minister, Saad Hariri, this week warned against blaming Syrian refugees for the trouble. Hezbollah, the powerful Shiite group backed by Iran, a staunch ally of Mr. Assad, said it was time to clear out the camps for good.

On Friday, Hezbollah-controlled news media outlets reported early progress. Hezbollah’s Al-Manar television station showed artillery shelling Juroud Arsal, a barren, mountainous area east of Arsal. There were reports of Syrian airstrikes on Islamist positions on the other side of the border, near Fleita.

Citing security sources, Reuters said Hezbollah had killed 23 Islamists and captured an operations center along the border. Hezbollah said six of its fighters had been killed. The figures could not be independently verified.

Reached by text message, Abdul Halim Shams, a Syrian refugee from Homs, said that explosions rang out across Arsal all day, reviving memories of the war the refugees had fled. “It was so terrifying,” he said. “It reminded me of the old days in Syria.”

Understand the world with sharp insight and commentary on the major news stories of the week.

The Lebanese Army is not directly part of the Arsal operation, but it deployed forces to the area this week, and on Friday they took up defensive positions around the town. The United Nations refugee agency said that a small number of Syrian refugees leaving near Arsal had fled to the safety of the town’s center by evening.

This month the Hezbollah leader, Hassan Nasrallah, said it was “high time” to end the threat from militants in Arsal. But his group’s muscular role in Syria has drawn sharp criticism from political rivals in Lebanon, including Mr. Hariri’s Future Movement party.

The White House announced on Friday that Mr. Hariri would meet with President Trump on Tuesday to discuss terrorism, economic issues and the refugee crisis.

Also in Washington, Gen. Tony Thomas, the commander of the military’s Special Operations Command, provided the first public confirmation by an American official that the Trump administration had ended a secret C.I.A. program to arm Syrian rebels.

The program remains classified, and news reports this week about it being shut cited only anonymous American officials. But on Friday, General Thomas, at the Aspen Security Forum in Aspen, Colo., was asked if the effort had been cut to curry favor with Russia. His answer confirmed its existence, and its end.

“At least from what I know about that program and the decision to end it, it was absolutely not a sop to the Russians,” he said. He added that ending the program was a “tough, tough decision.”