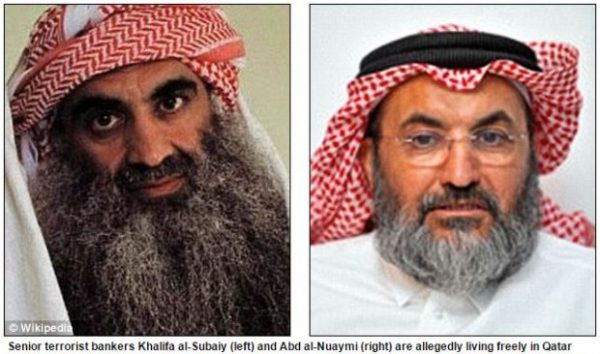 Abu Dhabi, UAE (CNN)The United Arab Emirates has denied a Washington Post report that claims the country orchestrated a hack of Qatari state news and social media websites in May, an incident that triggered the region’s worst diplomatic crisis in decades.

Saudi Arabia and its allies — the UAE, Bahrain and Egypt — accused Qatar of supporting terrorism and led a group of Muslim-majority nations to cut ties with Doha. That came after Qatar’s emir, Sheikh Tamim Bin Hamad al-Thani, was quoted online calling Iran — a key rival to Saudi Arabia — an Islamic power and describing Qatari relations with Israel as good.

Qatar has maintained its emir never made the remarks and that the quotes were planted by hackers.

UAE Minister of State for Foreign Affairs Anwar bin Mohammed Gargash said Monday that the Washington Post report was false.
“The Washington Post story is not true, purely not true,” he said responding to a question after a speech at Chatham House in London. He said that the story “will die” in the next few days.
The UAE embassy in Washington on Monday sent a series of tweets quoting its ambassador, Yousef Al Otaiba, denying the Washington Post report, which was published Sunday and, according to the paper, was based on information provided by unnamed US intelligence officials.
“The @washingtonpost story is false. UAE had no role whatsoever in the alleged hacking described in the article,” Al Otaiba was quoted as saying in the tweet.
“What is true is #Qatar’s behavior. Funding, supporting, and enabling extremists from the Taliban to Hamas & Qadafi,” he added, also saying that Qatar was “undermining the stability of its neighbors.”
But Qatar said that the Washington Post report proved its version of events, that its websites were hacked and that quotes were fabricated and published.
“The information published in the Washington Post on 16 July 2017, which revealed the involvement of the United Arab Emirates … and senior Emirati officials in the hacking of Qatar News Agency, unequivocally proves that this hacking crime took place,” a Qatari government statement said.
The statement cited the government’s communications director, Sheikh Saif bin Ahmad al-Thani, as saying it was “especially unfortunate that this shameful act of cyber terrorism is being attributed to a fellow member of the Gulf Cooperation Council.”
It described the alleged hacking as a violation of international law and of agreements between the member states of the Gulf Cooperation Council (GCC) — the regional trade and security group — as well as collective agreements with the Arab League, the Organisation of Islamic Cooperation and the United Nations.

US investigators in June told CNN that they believed Russian hackers breached the Qatari sites and planted false information and quotes.
US investigators have been working in Doha to help the Qatari government investigate the alleged hack, according to Qatari and US government officials.
Gargash’s speech in London appeared to question Qatar’s future in the GCC.
He called for a “change of behavior” from Qatar, adding that without one, it would be in the interests of the quartet — Saudi Arabia, the UAE, Bahrain and Egypt — to seek “a separate path from that of Qatar.”
“This is our message: You cannot be part of a regional organization dedicated to strengthening mutual security and furthering mutual interests, and at the same time undermine that security and harm those interests. You cannot be both our friend and the friend of Al Qaeda.”
When asked whether Qatar’s membership was at stake, Gargash did not answer directly and repeated his remarks.
Gargash also repeated accusations that Qatar was trying to create instability in the region and even accused it of conspiring with jihadists against Saudi Arabia.
Qatar — which shares its only land border with Saudi Arabia — has rejected accusations it supports terrorism, calling them “unjustified” and “baseless.”
The quartet issued a list of 13 demands that included not just ending support for terrorists and extremists but shutting down Qatar’s Al Jazeera TV network, severing ties with Iran and closing a Turkish military base.
Qatar has refused to comply with the 13 demands and says the list and the boycott itself are aimed at “limiting Qatar’s sovereignty, and outsourcing our foreign policy.”
Gargash described the list on Monday as an “opening gambit” but declined to directly answer whether the quartet would insist on closing Al Jazeera, implying the quartet may soften their demands.
US Secretary of State Rex Tillerson visited Qatar, Saudi Arabia and Kuwait last week in response to the impasse and said that direct talks could take place between the feuding nations but warned that resolving the dispute “may take quite a while.”
CNN
Share: