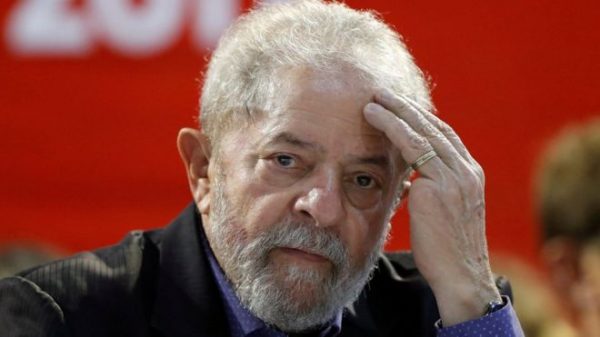 The ruling marked a stunning fall for Lula, who will remain free on appeal, and a serious blow to his chances of a political comeback.

The verdict represented the highest-profile conviction yet in the sweeping corruption investigation that for over three years has rattled Brazil, revealing a sprawling system of graft at top levels of business and government and throwing the country’s political system into disarray.

Federal prosecutors have accused Lula, who first took the presidency in 2003, of masterminding a long-running corruption scheme that was uncovered in a probe into kickbacks around Petrobras.

Lula’s legal team has previously said they would appeal any guilty ruling. They have continuously blasted the trial as a partisan witchhunt, accusing Moro of being biased and out to get Lula for political reasons.

Moro has denied the accusations.

Lula’s lawyers did not immediately respond to requests for comment.

Senator Gleisi Hoffmann, the head of the Workers Party, lashed out at the ruling, saying Lula was convicted to prevent him from running for the presidency next year. She said the party would protest the decision and was confident the ruling would be overturned on appeal.