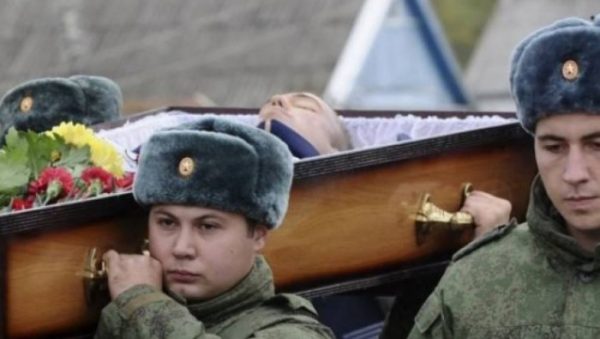 Funeral of Lieutenant Colonel Alexei Buchelnikov who was killed in Syria
Share:

A Russian military advisor has died in Syria in a gunfire opened by a militant sniper at a unit of the Syrian Army, the Russian  Defense Ministry said in a report.

“Militants’ gunfire at a unit of Syrian troops has claimed the life of Lieutenant Colonel Alexei Buchelnikov,” it said. “Alexei Buchelnikov was delegated to Syria as a member of the group of Russian military advisors. His role was t training the personnel of a Syrian armed unit.”

“When the training was in progress, the unit underwent fire by a militant sniper and Lt.-Col. Buchelnikov received a fatal wound,” the TASS report said.

About  109 Russian troops were killed in Syria since Moscow began its airstrikes in  September 2015, sources close to the Syrian regime revealed last October .