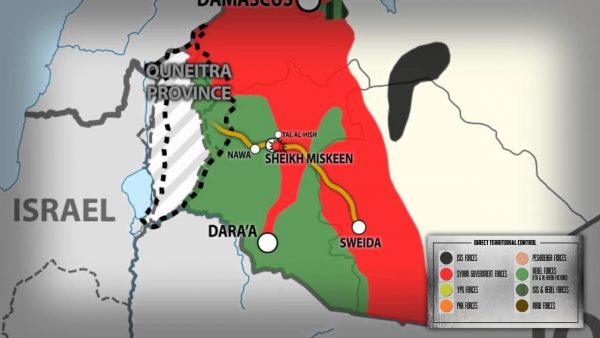 A separate truce for southern Syria, brokered by the U.S. and Russia, is meant to help allay growing concerns by neighboring Jordan and Israel about Iranian military ambitions in the area, including fears that Tehran plans to set up a disruptive long-term presence there.

Such apprehensions were stoked by recent movements of Shiite Muslim militias – loyal to Iran and fighting alongside Syrian government forces – toward Jordan’s border with Syria, and to another strategic area in the southeast, close to where the two countries meet Iraq.

The advances are part of Syrian President Bashar Assad’s push to regain territory from rebel groups, some backed by the West, in the southern Daraa province, and from Islamic State extremists in the southeast, near the triangle with Iraq.

But Syria’s neighbors suspect that Iran is pursuing a broader agenda, including carving out a land route through Syria that would create a territorial continuum from Iran and Iraq to Lebanon. 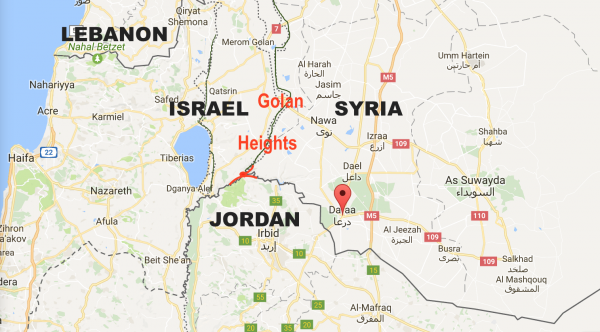 The cease-fire for southern Syria, set to start at noon Sunday, is meant to keep all forces pinned to their current positions, said Jordan’s government which participated in the talks.

This would prevent further advances by forces under Iran’s command, including Lebanon’s Hezbollah militia.

The truce is to be monitored through satellite and drone images as well as observers on the ground, a senior Jordanian official said Saturday, speaking on condition of anonymity because he was not authorized to discuss details with reporters. Syria ally Russia is to deploy military police in the area.

Information on truce compliance could be shared and discussed in different locations, including Jordan, the official said. Israel did not participate in the truce talks, but was presumably briefed by the U.S., the Jordanian official said.

Cease-fires have repeatedly collapsed in Syria’s six-year-old civil war, and it’s not clear if this one will last. The southern Syria truce is separate from so far unsuccessful efforts by Russia, Turkey and Iran to set up “de-escalation zones” in Syria, including in the south.

Israel is expected to watch for truce violations.

Israel has repeatedly said it will not allow Iran to set up a permanent presence in Syria. Israel has carried out a number of airstrikes in Syria against suspected shipments of “game-changing” weapons bound for Hezbollah.

“The question and concern is of course if it will be exploited by the Syrian regime, Hezbollah and Iran to create new facts on the ground,” said Chagai Tzuriel, the director general of Israel’s Intelligence Ministry.

The Jordanian official said the international community, regional powers and Jordan would not tolerate the creation of a “land line all the way from Tehran to Beirut.”

Such a “Shiite crescent” would disrupt the regional balance and be considered a “super red line,” he said, referring to rival Sunni and Shiite Muslim political camps led by Saudi Arabia and Iran, respectively.

Conflicts between the camps have escalated in recent years, including in proxy wars in Syria and Yemen. Predominantly Sunni Jordan is a U.S. ally and maintains discrete security ties with Israel.

Jordan previously raised concerns about Iran in talks with Russia, the official said. The Assad government surely received the message, he said, adding that it’s unclear how much influence the Syrian president has over his allies.

A successful truce could pave the way for talks about Syria retaking control of border crossings with Jordan that it lost to rebels during the war, the Jordanian official said.

Israel is also worried about the recent movements of Iranian-backed forces.

Israel controls the Golan Heights, a strategic plateau in southwestern Syria that it captured in the 1967 Mideast war. Israel has fought cross-border wars with Hezbollah from Lebanon.

In comments earlier this week, Tzuriel raised three points of concern, including the Hezbollah presence near the Golan and efforts by Iran in Lebanon to build what he said is an “indigenous missile production and upgrade capability.”

He also noted last month’s linkup of forces belonging to the Iranian axis, including Shiite militias, coming from both sides of the Syrian-Iraqi border, near Jordan. This raises concern that control of parts of the border will allow Tehran “to realize its strategic aim of completing an overland continuum from Iran through Iraq and Syria to Lebanon,” he said.

“These are threats which should concern all parties who are interested in stabilizing Syria and the region, including the United States and Russia,” he said.

The truce deal, the first such agreement between the Trump administration and Russia, could help the U.S. retain more of a say over who fills the power vacuum left behind as Islamic State is routed from additional territory in Syria.

Washington has been resistant to letting Iranian forces and their proxies gain strength in Syria’s south. In recent weeks, U.S. forces have shot down a Syrian aircraft that got too close to American forces as well as Iranian-made drones.

The British ambassador to Jordan, Edward Oakden, said Russia has an important role to play.

“It’s obviously incumbent on the Russians to bring pressure to bear on both the (Syrian) regime and the Iranians, and on the regime’s Hezbollah allies, to respect the spirit and the letter of this cease-fire and to contribute actively to the establishment of a de-escalation zone, rather than, as it appears, seeking to undermine it,” he said in an interview Friday.

The Iranians and their proxies “have increased their activities in southern Syria,” said Majidyar, director of the Iran Observed Project at the Middle East Institute, a Washington think tank.

Objectives include carving out the land corridor from Tehran to the Mediterranean, challenging the military presence of the U.S. and its allies and opening a new front against Israel once the fight against Islamic State is over, he said.