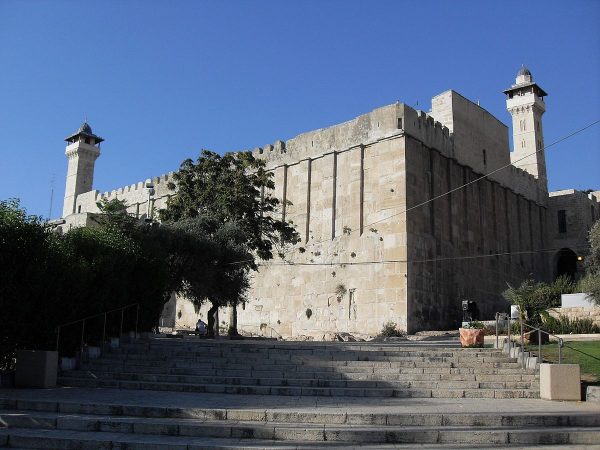 UNESCO on Friday declared the Old City of Hebron an endangered world heritage site, sparking outrage from Israel in a new spat with the Palestinians at the international body.

The UN’s cultural arm voted 12 to three — with six abstentions — to give heritage status to Hebron’s Old City in the occupied West Bank, which is home to more than 200,000 Palestinians and a few hundred Israeli settlers.

The vote drew a sharp denunciation from Israeli Prime Minister Benjamin Netanyahu, who described it as “another delusional decision by UNESCO.”

“This time they ruled the Tomb of the Patriarchs in Hebron is a Palestinian site, meaning not a Jewish site, and that it is in danger,” he said incredulously, speaking in Hebrew in a video posted online.

And foreign ministry spokesman Emmanuel Nahshon slammed the decision as “a moral blot” which denied Jewish history in the ancient city.

“This irrelevant organisation promotes FAKE HISTORY. Shame on @UNESCO,” he wrote on Twitter after the decision taken in a secret ballot by the World Heritage Committee meeting in Krakow.

Brought by the Palestinians, the resolution declared Hebron’s Old City to be an area of outstanding universal value.

The resolution was fast-tracked on the basis that the site was under threat, with the Palestinians accusing Israel of an “alarming” number of violations, including vandalism and damage to property.

Symbol of the conflict

Israel has long accused the United Nations of inherent bias against it and there have been a number of disputes at the organisation where Palestinian president Mahmud Abbas has sought to take the battle for statehood.

In May, UNESCO passed a resolution condemning Israel’s role as the “occupying power” in annexed east Jerusalem in another decision slammed by Israel which sees the entire city as its unified capital.

Hebron claims to be one of the oldest cities in the world, with its origins dating back to the Chalcolithic period — more than 3,000 years BC.

At various times it has been conquered by Romans, Jews, Crusaders and Mamluks.

Hebron’s Old City is home to an ancient burial cave which is claimed by both Israel and the Palestinians.

Known to Muslims as the Ibrahami Mosque and to Jews as the Tomb of the Patriarchs, the landmark is venerated in both religions as the gravesite of the biblical patriarch Abraham, his son Isaac and grandson Jacob.

It is one of the most important religious sites to Muslims and Jews alike.

Hebron is also a stark symbol of the Israeli-Palestinian conflict.

The few hundred Israelis live closed off in several small, interconnected settlements that most of the world consider as illegal, with Palestinians largely banned from entering and using nearby streets.

Israel seized the West Bank in the 1967 war in a move considered illegal by the United Nations.

The Israelis living in Hebron are protected by hundreds of Israeli soldiers, with Palestinians saying the settlements makes their lives impossible.

The UNESCO committee usually votes via a show of hands but this time, Croatia, Jamaica and Poland requested the secret ballot, prompting a heated discussion which required the chairman to call in security.

There was another moment of intrigue when Israel’s ambassador to UNESCO, Carmel Shama Hacohen, took the floor after the vote but kept being interrupted by his cell phone.

“Mr Chairman, it’s my plumber in my apartment in Paris. There is a huge problem in my toilet,” he eventually said.

“And it’s much (more) important than the decision that you just adopted,” he said.

Israel’s UN ambassador Danny Danon also weighed in on the vote, describing it as “shameful & offensive”.

“This is an ugly display of discrimination & an act of aggression against the Jewish people. No @UN agency can disassociate our people from the burial grounds of our patriarchs & matriarchs.”

By listing sites on its World Heritage in Danger list, UNESCO seeks to mobilise the international community to protect them. It also allows for the allocation of immediate World Heritage Fund assistance to the property.

Earlier this week, the committee added the historic centre of Vienna to its list of endangered sites but chose to keep Australia’s Great Barrier Reef off, despite concern over coral bleaching.