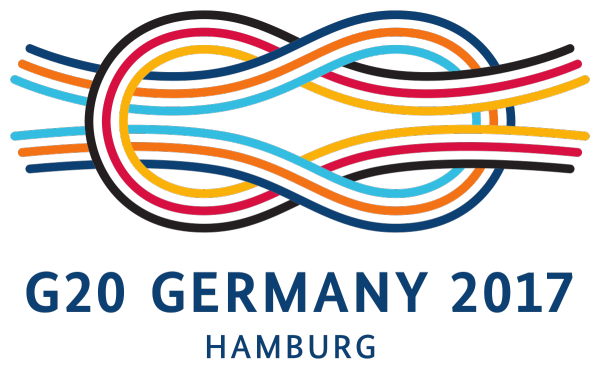 This weekend’s summitry will be complicated by the interaction of so many big egos, all looking for a “win.” Trump is the most volatile personality, prone to respond impulsively when he feels cornered. Trump is the least experienced of the group. Given his unpopularity at home and with most traditional U.S. allies, he has the most to gain or lose.

President Trump has been moving inexorably toward today’s high-stakes summit meeting since Election Day. He campaigned on a pledge to seek better relations with Russia’s President Vladimir Putin. And since November, his aides have assumed that Trump’s first real test would be a belligerent North Korea.

These two challenges — Russia and North Korea — converge in the meetings that will take place in Hamburg, Germany, on today and Saturday. The other major players at the G-20 summit pose subtle problems, too: China, Japan, South Korea, Germany, Turkey and Saudi Arabia. For an inexperienced American president, it will be a steep learning curve.

Summits occasionally intersect with looming military crises, as is the case with Hamburg. Looking back over the record of famous top-level encounters, you can find some epic failures: Munich in 1938; Yalta in 1945; Vienna in 1961. Each is the story of a Western leader who blundered in thinking he could rationally accommodate a dictator.

Henry Kissinger wrote in his memoir “White House Years” of Moscow’s canny evaluation of U.S. diplomacy on the eve of a May 1972 summit between President Richard Nixon and Soviet Premier Leonid Brezhnev: “They doubted whether America could sustain both the willingness to confront and the readiness to cooperate at the same time.” The Russians and Chinese are doubtless asking the same question this week.

Trump’s erratic tweets and public statements make it hard to predict his diplomatic strategy at Hamburg. That’s partly by design; Trump thinks he gains leverage by making others uncertain. But the rhetorical zigzags also represent genuine uncertainty within this contentious White House. This president may be a deal-maker, but he’s not a strategist.

In its pre-summit planning, the White House has seemed to be preparing for two broad moves: A new joint effort with Russia to stabilize Syria. And a threat-backed campaign to pressure North Korea to suspend missile and nuclear tests. Both are worthy goals; but each will require a diplomatic finesse that Trump, in his first six months in office, has rarely shown.

This weekend’s summitry will be complicated by the interaction of so many big egos, all looking for a “win.” Trump is the most volatile personality, prone to respond impulsively when he feels cornered. Putin is the coldblooded ex-spy with a chip on his shoulder, eager for validation after three years of sanctions and isolation. Chinese President Xi Jinping is the “princeling” autocrat who leads the world’s most dynamic economy. And offstage is Kim Jong Un, the baby-faced dictator racing to build nuclear missiles.

Trump is the least experienced of the group. Given his unpopularity at home and with most traditional U.S. allies, he has the most to gain or lose. According to national security adviser H.R. McMaster, Trump has “no specific agenda” for the meetings with Putin. He may hope for a genial get-acquainted session as with Xi at Mar-a-Lago, but that’s not Putin’s style. Trump would be wiser to come armed with a short list of ways the U.S.-Russia relationship can he improved — and Russian political meddling curbed.

In containing North Korea’s nuclear ambitions, Trump would be wise to emulate the too-much-maligned Barack Obama’s approach to Iran. He should build a coalition of countries that share America’s view that the North Korean nuclear and missile testing must stop; he should offer direct negotiations if North Korea agrees to suspend testing while the talks continue; and he should build a high-tech offensive and defensive arsenal (remember Stuxnet?) in case the talks fail.

Summitry under military pressure is fraught. When British Prime Minister Neville Chamberlain went to Munich in September 1938, war fears were so intense that Britain mobilized its fleet and began distributing gas masks. A frightened public accepted Chamberlain’s capitulation to Adolf Hitler. JFK said privately after a June 1961 summit in Vienna with Soviet Premier Nikita Krushchev, “He just beat the hell out of me.”

Trump will probably say he won the summit game. The test will be whether this meeting helps damp some of the fires burning dangerously around the world.