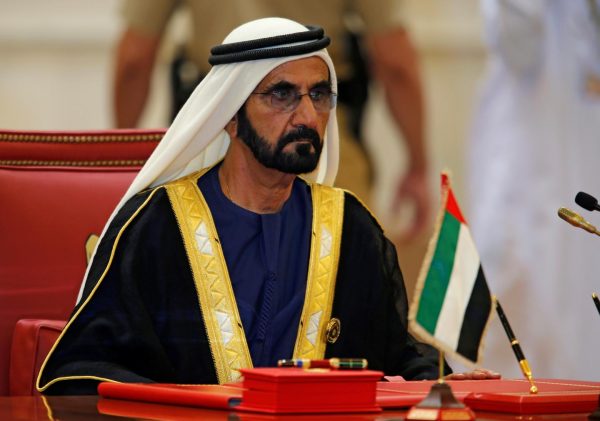 The ruler of Dubai has taken to verse to urge Qatar to concede to the demands of Saudi Arabia and its allies for an end to a crippling embargo.

Sheikh Mohammed bin Rashid Al-Maktoum, who is also vice president and prime minister of the United Arab Emirates, is the latest in a long line of world leaders to turn to poetry to convey their message.

In the poem, posted on Instagram late on Wednesday, Sheikh Mohammed urged Qatar to abandon its independent foreign policy and return to the Gulf fold.

“Of one origin, people, existence/one flesh and blood, one land and faith,” he wrote.

“Yet Qatar turns to the nearby stranger, to the weak,” he added, alluding to Doha’s refusal to join the Riyadh-led boycott of Tehran.

“Now is the time to unite, one heart/to protect one another beyond hate.”

Saudi Arabia, the United Arab Emirates and its allies Egypt and Bahrain severed all ties with Qatar on June 5, accusing it of support for extremist groups — a claim Doha denies.

They closed their airspace to Qatari carriers and blocked the emirate’s only land border, a vital route for its food imports. They also ordered all Qataris to leave and their own nationals to return home.

Last week, Riyadh laid down a list of 13 “non-negotiable” demands for Doha, including ending its support for the Muslim Brotherhood, the closure of Al-Jazeera television, a downgrade of diplomatic ties with Iran and the shutdown of a Turkish military base in the emirate.

The UAE ambassador to Russia Omar Ghobash warned in comments published by Britain’s Guardian newspaper on Tuesday that Qatar could face further sanctions if it failed to meet the demands.

Sheikh Mohammed is by no means the first world leader to turn to poetry.

Former US president Jimmy Carter is a published poet. Barack Obama dabbled in poetry in the 1980s and his successor Donald Trump is now the unintentional author of a compilation of tweets and quotes entitled “Bard of the Deal: The poetry of Donald Trump”.

Bosnian Serb psychiatrist-turned-politician Radovan Karadzic, sentenced to 40 years in jail by a UN court last year for his part in the 1995 genocide of Muslims in the town of Srebrenica, also fancied himself as a poet, releasing a collection of poetry and a novel, “Miraculous Chronicles of the Night”.