US shoots down Syrian warplane that bombed coalition-backed fighters 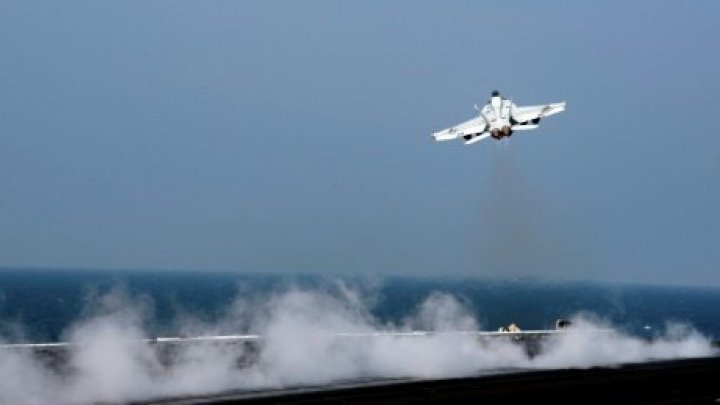 Share:
A US fighter jet shot down a Syrian regime plane Sunday after it dropped bombs on American-backed forces fighting the Islamic State group in northern Syria, the US-led coalition said.

The incident came as a monitoring group reported the first ground fighting between Syrian regime troops and the US-backed alliance of Kurdish and Arab fighters.

“At 6:43 pm (1743 GMT), a Syrian regime SU-22 dropped bombs near SDF (Syrian Democratic Forces) fighters south of Tabqah and, in accordance with rules of engagement and in collective self-defense of Coalition partnered forces, was immediately shot down by a US F/A-18E Super Hornet,” the Combined Joint Task Force said in a statement.

It said that two hours earlier, forces loyal to President Bashar al-Assad attacked SDF fighters in the town of Ja’Din south of Tabqah, “wounding a number of SDF fighters and driving the SDF from the town.”

Coalition aircraft then stopped the pro-regime forces’ initial advance with a “show of force,” the coalition added.

The Combined Joint Task Force stressed that the coalition’s mission is to defeat IS.

“The Coalition does not seek to fight Syrian regime, Russian, or pro-regime forces partnered with them, but will not hesitate to defend Coalition or partner forces from any threat,” it said.

“The demonstrated hostile intent and actions of pro-regime forces toward Coalition and partner forces in Syria conducting legitimate counter-ISIS operations will not be tolerated.”

Following the downing of the Syrian plane, clashes between regime troops and coalition-backed fighters broke out in two villages some 25 miles (40 kilometers) south of the city of Raqa, the Syrian Observatory for Human Rights said.