Russia threatens to target US warplanes over Syria 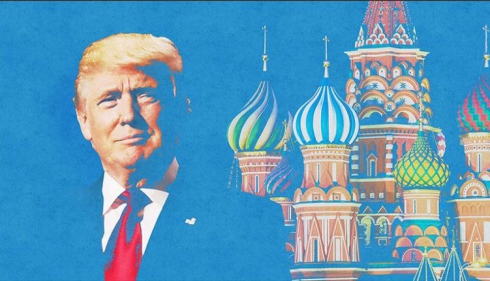 The Russian Defense Ministry blasted the U.S.’ shooting down of a Syrian regime fighter jet as a “massive violation of international law” and said it will begin treating U.S.-led coalition jets flying west of the Euphrates River in Syria as targets.

The ministry’s comments Monday came after a U.S. Navy fighter jet on Sunday shot down a Syrian fighter jet that had dropped bombs on Syrian rebel forces who are fighting ISIS in the country.

Russia, which is backing the Syrian government regime in its civil war against rebel forces, slammed the U.S. action as a violation of Syria’s sovereignty.

“Repeated combat actions by U.S. aviation under the cover of counterterrorism against lawful armed forces of a country that is a member of the U.N. are a massive violation of international law and de facto a military aggression against the Syrian Arab Republic,” the Russian Defense Ministry said.

The Ministry also warned that any coalition aircraft flying west of the Euphrates River in Syria “will be tracked by the Russian ground and air anti-aircraft defense systems as air targets in the areas where Russian aviation is on combat missions in the Syrian sky.”

The coalition said in a statement that its focus is on fighting ISIS, not the Syrian regime or Russian forces, but that it will not hesitate to defend coalition or partner forces coming under attack.

The incident occurred in the town of Ja’Din, south of Tabqa, Syria, which had recently been retaken from ISIS by the Syrian Democratic Forces (SDF), an umbrella group of Syrian Kurdish and Arab rebel forces supported by the U.S. in the fight against the militant group. SDF came under attack from regime forces in favor of Syrian President Bashar al-Assad around 4:30 p.m. Syria time. A number of SDF fighters were wounded in the assault, and the SDF soon left Ja’Din.

Coalition aircraft conducted a show of force overhead that stopped the initial pro-regime advance towards the town.

“Following the Pro-Syrian forces attack, the coalition contacted its Russian counterparts by telephone via an established ‘de-confliction line’ to de-escalate the situation and stop the firing,” said a statement from Operation Inherent Resolve, the U.S.-led coalition fighting ISIS.

“At 6:43 p.m., a Syrian regime SU-22 dropped bombs near SDF fighters south of Tabqah and, in accordance with rules of engagement and in collective self-defense of coalition partnered forces, was immediately shot down by a U.S. F/A-18E Super Hornet,” said the statement.

The Syrian pilot is believed to have been able to eject from the aircraft, according to a U.S. official.

The Russian Defense Ministry contradicted the coalition claim that the air safety hotline had been used and noted that there were Russian aircraft in the area at the time of the shootdown.

The Ministry said it would stop its participation in the deconfliction line , much as it did following the American cruise missile strikes in Syria in April. Despite the Russian announcement at the time both the U.S. and Russian militaries continued use of the air safety hotline for Syria.

The Russian military stops interaction with the Pentagon.

In the statement, the coalition stressed its goals and that it will defend its partnered forces.

“The coalition does not seek to fight Syrian regime, Russian, or pro-regime forces partnered with them, but will not hesitate to defend coalition or partner forces from any threat,” it said.

“The demonstrated hostile intent and actions of pro-regime forces toward coalition and partner forces in Syria conducting legitimate counter-ISIS operations will not be tolerated,” it added. The shootdown is the latest escalation between the U.S.-led coalition and pro-regime Assad forces in Syria. Over the last four weeks, the U.S. has conducted three airstrikes at pro-regime Assad forces, backed by Iran, that have moved into a de-confliction zone around the town of at Tanf in southwest Syria, which is the location of a coalition training base for local forces fighting ISIS.