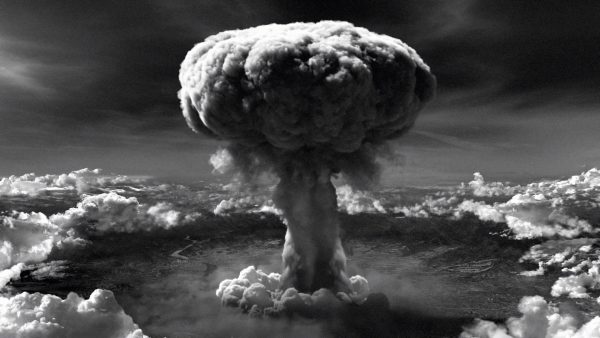 On August 6, 1945 a nuclear bomb was deployed by the US onto Hiroshima. This was the first time in history that a nuclear weapon was used for purposes of warfare.
Share:

A panel charged by the U.N. General Assembly has presented a draft that could lead to a treaty to ban nuclear weapons, although none of the countries that possess them participated in its writing.

Advocates of the draft unveiled in Geneva on Monday say the move builds on work officially launched last October, followed by a first negotiation session involving more than 130 countries at the U.N. in New York in March.

They say the draft, adopted by dozens of countries, is now on track to be discussed at a second session in New York in mid-June that could end with the document’s adoption as a U.N. treaty in July.

Elayne Whyte Gomez, Costa Rica’s ambassador to the U.N. in Geneva who chairs the U.N. Conference to Negotiate a Legally Binding Instrument to Prohibit Nuclear Weapons Leading Toward their Total Elimination, said she expected a number of revisions to the draft, but hailed a “good level of convergence among the delegations, especially on the core prohibitions.”

The United States and other nuclear powers, however, want to strengthen and reaffirm the nearly half-century-old Nuclear Nonproliferation Treaty instead of adopting a total ban.

U.S. officials have cited the threat posed by North Korea, whose nuclear weapons and ballistic missile tests recently have drawn international condemnation, as a reason why nuclear deterrence – and gradual but not total nuclear disarmament – is still needed.

But backers of the nuclear weapons ban counter that it would complement existing bans on “unacceptable weapons” like chemical and biological weapons, land mines and cluster munitions, insisting that those have successfully altered countries’ behavior.

David Solimini of the International Campaign to Abolish Nuclear Weapons said the eight-page draft offers a “strong, categorical prohibition on nuclear weapons. There’s no shooting around the edges. The language is very clear.”

The draft, among other things, says states would pledge never to develop, produce, manufacture, acquire, possess, transfer, receive, stockpile, test or use nuclear weapons or explosives. They would also endeavor to prohibit any “stationing, installation or deployment of any nuclear weapons or other nuclear explosive devices” on their territories or in their jurisdictions.

More than 100 countries voted for the U.N. General Assembly resolution last year to start discussions, with nations including Austria, Brazil and Ireland leading the effort.