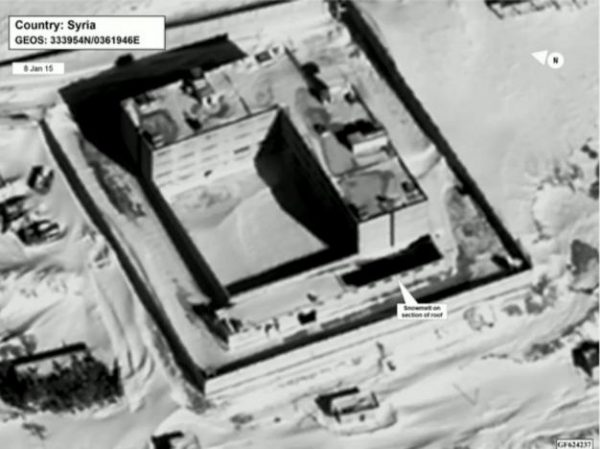 A satellite view of part of the Sednaya prison complex near Damascus, Syria is seen in a still image from a video briefing provided by the U.S. State Department on May 15, 2017. Department of State/Handout via REUTERS
Share:

The Syrian government on Tuesday denied U.S. accusations that a crematorium had been built at one of its prisons that could be used to dispose of detainees’ remains.

A foreign ministry statement published by state news agency SANA said the U.S. administration had come out with “a new Hollywood story detached from reality” by alleging the crematorium had been built at Sednaya military prison near Damascus.

Stuart Jones, acting U.S. assistant secretary of state for Near Eastern Affairs, said on Monday that U.S. officials believe the crematorium could be used to dispose of bodies at a prison where they believe Assad’s government authorized the hanging of thousands of inmates during Syria’s six-year-old civil war.

Amnesty International reported in February that an average of 20 to 50 people were hanged each week at the Sednaya military prison. Between 5,000 and 13,000 people were executed at Sednaya in the four years since a popular uprising descended into war, it said.

The government also denied that accusation.

Amnesty said the executions took place between 2011 and 2015, but were probably still being carried out and amounted to war crimes.

In a briefing on Monday, Jones showed aerial images of what he said was the crematorium at the Sednaya site.