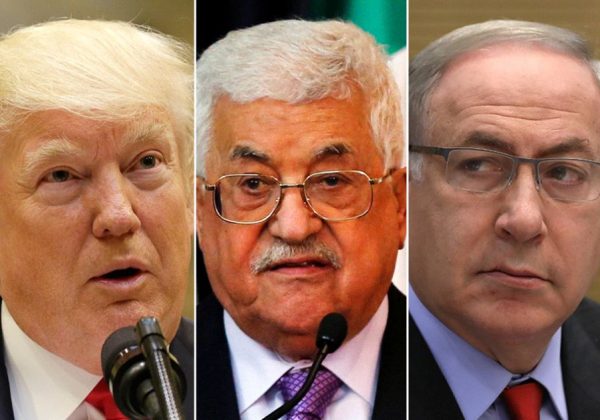 Israel shouldn’t get into confrontations with US president Donald  Trump on peace initiative,  US ambassador to Israel David Friedman told senior Israeli officials and urged them to work with him, Israeli Haaretz  reported on Thursday .
A senior right-wing official blames the prime minister for the change of atmosphere in Washington. “Netanyahu’s inaction, underperformance and overdependence on our ambassador, Ron Dermer, who apparently isn’t delivering the goods even when he’s seemingly at home in the White House, are the reasons Trump changed his spots.” The paper added

The anxiety seeping into the Israeli right wing ahead of Trump’s visit is comparable only to the euphoria that gripped it when the ostensible master deal maker was elected U.S. president. What Habayit Hayehudi leader Naftali Bennett and his political cohorts saw as the realization of a dream of generations turned into a potential nightmare,  Haaretz addeed
Israeli officials are reportedly worried that Trump  is cooking up something, but nobody knows what’s in the pot.
Prime minister Benjamin Netanyahu is nervous, ministers say. He’s afraid Trump is laying an ambush for him. Netanyahu has no idea what the president is bringing.

But according to Jerusalem Post Palestinian Authority President Mahmoud Abbas is prepared to meet with Prime Minister Benjamin Netanyahu under the good offices of US President Donald Trump, Channel 2 reported on Wednesday.

Trump is expected to issue invitations to a trilateral summit when he visits Jerusalem and Bethlehem later this month, according to television station i24.

The London-based,  Al-Hayat newspaper similarly reported that Trump intended to announce such a summit during his Jerusalem visit.

In a press conference in Ramallah on Tuesday Abbas said, “We affirmed to [Trump] that we are ready to cooperate with him and meet the Israeli prime minister under his auspices in order to make peace,” Abbas said.

Direct talks between Abbas and Netanyahu were rare during the Obama administration.

The last substantive meeting between the two leaders took place in 2010.

A nine-month, US-brokered peace process that fell apart in 2014 did not include direct Netanyahu-Abbas talks.