U.S. to expand the M.E. laptop ban to include all flights from Europe 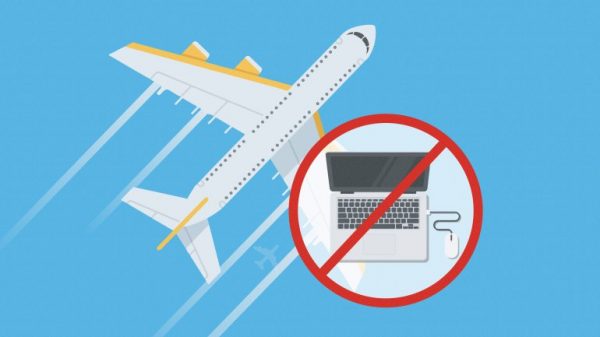 Acting on fears that terrorists can build bombs into laptops, Homeland Security has decided to expand the ban it imposed on Middle Eastern flights. Computers will now be checked as baggage.

The Department of Homeland Security plans to ban laptops in the cabins of all flights from Europe to the United States, European security officials told The Daily Beast. The announcement is expected Thursday.

Initially a ban on laptops and tablets was applied only to U.S.-bound flights from 10 airports in North Africa and the Middle East. The ban was based on U.S. fears that terrorists have found a way to convert laptops into bombs capable of bringing down an airplane. It is unclear if the European ban will also apply to tablets.

DHS said in a statement to The Daily Beast: “No final decisions have been made on expanding the restriction on large electronic devices in aircraft cabins; however, it is under consideration. DHS continues to evaluate the threat environment and will make changes when necessary to keep air travelers safe.”

However, this move is increasing fears in the aviation industry that as well as guarding against bombs this ban could actually endanger flights. Laptops and tablets denied access to the cabin and added to checked baggage means that devices with a history of lithium-ion battery fires could set off a deadly conflagration in a cargo hold — where no one can put out the fires.

The FAA recorded 33 incidents in 2016 of personal electronic devices carried into cabins by passengers causing fire emergencies during flights, according to an FAA document reviewed by The Daily Beast. Of these, three were in laptops and two in tablets.

Two of the most serious were on Delta flights and both involved laptops.

On January 15, 2016 on a flight from Minneapolis to Atlanta fire broke out in a bag in an overhead bin shortly before landing. The smoke in the cabin became so overwhelming that when the flight reached the gate, passengers opened emergency exits over the wings and staff on the ramp helped them escape directly from the wings.

Flight attendants used halon fire suppressant extinguishers and water extinguishers to put out the fire, which had originated in two laptops.

On December 3, 2016 fire broke out in an overhead bin on a flight from Honolulu to Atlanta. Cabin crew needed three halon extinguishers and two water extinguishers to put out a fire originating in a laptop. For the rest of the flight the laptop was placed in a cooler with ice and monitored.

The FAA stressed that the 33 incidents are only ones that they are aware of. “This should not be considered as a complete listing of all such incidents…nor do they include all investigative and enforcement actions taken,” the documented stated.

Tests carried in 2015 by the FAA’s Fire Safety Branch have shown that halon gas is ineffective against fires originating in the kind of lithium-ion batteries used in laptops and tablets.

Even more to the point, these tests have revealed that the quantity of halon gas used in the automatic fire suppression systems of airplane cargo holds had no effect on a fire that begins as what is called a thermal runaway in a lithium-ion battery. Panels in the cargo hold designed to contain a fire were actually blown out in the tests, creating an explosion that would destroy an airplane.

Commenting on these tests, the Federation of Airline Pilots’ Associations, IFALPA, representing airline pilots worldwide, said, “In fact, the fire proceeded is if the halon were not present.”

Some Middle East airlines complained to the International Civil Aviation Organization that they had been unduly penalized by the original 10-country ban. In response, the ICAO said that it accepted that improvised explosive devices in electronic devices have been “the greatest security risk to commercial aircraft for some years.”

At London’s Heathrow Airport, where 17 percent of all flights to the U.S. originate, is adding an extra layer of security screening for those flights at the gates.

As The Daily Beast reported in March, the original ban placed on the 10 airports in North Africa and the Middle East followed intelligence gathered during a raid on Al Qaeda in Yemen in January. Bomb makers had managed to insert into batteries an explosive device powerful enough to bring down an airplane.

First indications of this came in 2016 when a hole was blown in the fuselage of an Airbus A320 as it was on its ascent from Mogadishu, Somalia. The airplane was able to make an emergency landing. The insurgent group Al-Shababb claimed that it had equipped a passenger with a laptop rigged as a bomb.