Another horror story: United passenger had no choice but to pee in a cup 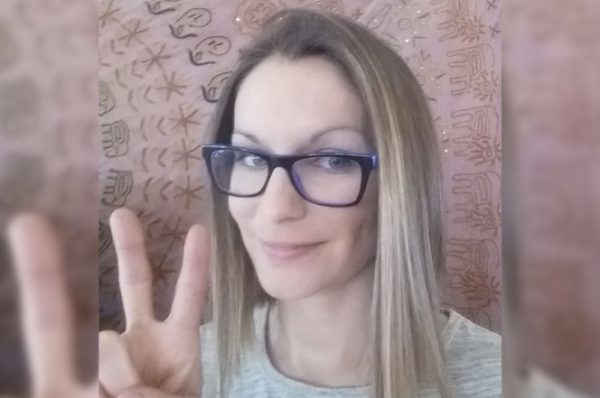 United Airlines is under scrutiny again this week after a passenger posted her horror story on Facebook.

Nicole Harper, a nurse and mother of two from Kansas City, Missouri, said she was on a United flight returning home from Houston on April 10 — just one day after Dr. David Dao was infamously dragged off a different United flight.

Harper suffers from an overactive bladder and told flight attendants she had to use the restroom, she said. When they told her to return to her seat, she said she tried to explain the urgency of the situation.

“I said ‘I’m going to need to use the restroom or I’m going to need a cup,'” Harper told NBC’s Kansas City affiliate. “[They] didn’t understand that I don’t have any control over the situation.”

That’s when Harper said the flight crew did something surprising: They handed her a cup.

The St. Luke’s Health System nurse told NBC’s KSHB the cup was so small, she had to ask for a second one.

“A completely humiliating situation,” said Harper. “There was people all around … you know, strangers.”

Harper said she alerted the flight crew of her condition, an overactive bladder she’s lived with her entire life.

“I don’t know if they just didn’t understand that, you know, I really did not have any control over the situation,” said Harper.

On Wednesday, United issued a statement denying that a flight attendant encouraged Harper to urinate into a cup.

“Customer safety is always our first priority. Initial reports from the Mesa Airlines flight attendants indicate that Ms. Harper attempted to visit the lavatory on descent and was instructed to remain seated with the seat belt fastened per FAA regulations,” said the United Airlines statement.

“At no point during the flight did flight attendants suggest that Ms. Harper use cups instead of the lavatory,” the statement continued. “We have reached out to Ms. Harper to better understand what occurred and we continue to review what happened.”

It’s just the latest in a string of controversies involving United Airlines staff. In late March, two teen girls and a young child were initially barred from their flight because they were wearing leggings. The child was allowed on the plane after agreeing to put on a dress, and the story exploded on social media as an example of the way women’s clothing is policed.

In late April, a giant prized rabbit died on a United flight to Chicago, prompting the animal’s owner to retain an attorney. And just this Monday, the airline faced heat for a video shot on a customer’s phone that showed a United employee canceling a man’s flight because she was angry that he was recording her.

Nicole Harper’s story
May 6 at 2:17am ·
United Airlines forced me to pee in a cup, and then shames me…
I wasn’t sure I wanted to share this story… but #UnitedAirlines refuses to take my call, now I can’t sleep and just keep thinking about how wrong this situation was. I really don’t want to be known as the ‘girl who peed in a cup’ but if telling my story shakes #United a little more than so be it!! Anyone who knows me, knows my overactive bladder, here’s another story to add to the books.
“On the same day United Airlines drags a passenger off an overbooked flight, they forced me to pee in a cup… and then shamed me.
While allowing other passengers to get up and use the restroom on a seemingly uneventful flight, United Airlines crew wouldn’t allow me to get up and use the restroom until the pilot turned off the seat belt sign. After explaining that I have an overactive bladder and would either need to use the restroom or pee in a cup, I was handed a cup by flight attendants. Bad enough? No, crew then escorted me to the restroom (now it’s safe to get out of my seat), shaming me down the aisle while other passengers overlooked. The flight attendants treated me like I had committed a crime, stating they would be filing a report, calling in the hazmat team to clean the entire row (let me mention there was no mess involved) and told me I would need to talk with the pilot after the flight! I guess they would have preferred me to pee in the seat? After all they were the ones that gave me the cups knowing what I was planning to do with it. You would think peeing in a cup on an airplane in front my family and strangers, would be the worst part of this story. But the way I was treated by the flight attendants afterwards was worse. They were absolutely horrible to use the rest of the flight! And to top it all off, once on our final descent… a gentlemen got up from first class (yes the seat belt sign was on, and the plane was flipping tilted) walked right by a smiling flight attendant and entered the bathroom. What!?!?! Was I on candid camera? Where are the cameras right now!!!
There is absolutely no customer service on United Airlines, on or off of planes. Once we landed and got settled, I understandably submitted a complaint. After several weeks of no response, I called to talk with customer service, seeking at the very least an apology. After multiple attempts of resolving the issue, all I have been given is the run around. You can’t even call and speak with a customer service representative unless they “accept your call.” The employees that field the calls work for the reservations department… I asked to speak with customer service several times and was told repetitively this was not an option. They said they had not received my complaint (sounds like a great reason to have a human being take complaints, rather than relying solely on electronic submissions). So here I am, writing my complaint once again… this time being sure to submit it to United Airlines as well as other media sources, just to be sure it goes through.
As an emergency room nurse, I completely understand having a bad day on the job and having to deal with undesirable bodily fluids. What I don’t understand is ZERO customer service, if I treated a patient this poorly I would surely have consequences…
Rest assured, I will no longer be flying united, I will be cancelling our credit card, and I am hoping this goes viral. Because, quite frankly this was the worst flight I have ever been on and there are plenty others to choose from, others that treat people with human freaking decency.”
#UnitedAirlinessucks #UnitedJourney #thegirlwhopeedinacuponaplane #overactivebladder”
66 Likes55 Comments119 Shares